Why the EuroMillions winner should save the money 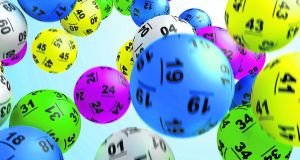 Sound financial navigation can be the difference between bliss and monetary misery. Photograph: Getty Images

The best kind of investment advice for €88.5 million is not to invest it at all. At least not in the beginning.

Financial advisers would urge the lucky Irish EuroMillions winner to deposit the cash in the bank, or banks, and ruminate on what do to next.

In the United States, statistics show lottery winners often spend their cash within five years of winning it; most spend it before they die, while a large number go bankrupt.

Sound financial navigation can therefore be the difference between bliss and monetary misery.

“It can be overwhelming; it could change people’s lives for the worse,” says Ian Quigley, head of investment strategy at Investec.

Apart from taking things slowly, Mr Quigley says the winner’s first move should be to find a confidant, for example, a family solicitor.

This should be someone the lottery winner can trust to protect their interests.

Investment opportunities are legion, but sound financial guides can help the wealthy walk the line between prudence and ruin.

A sensible second move is to put the money on deposit and think about what to do with it in the longer term.

However, depositing the money in a bank will not generate much of a return, particularly in today’s world of low interest rates.

Institutions may even charge you for the pleasure, because it will cost them to place it with the European Central Bank.

Ideally, €88.5 million would be spread across a number of financially-sound banks, because cash deposits could be vulnerable to institutional or State failure.

Lottery winners will have to consider investing, and diversified portfolios are recommended.

These can be tailored to the individual, depending on numerous considerations.

Money is invested across asset classes with a geographical spread.

These include equities, bonds, property and alternative investments, with accounts ranging from low risk (for example, 10-year government bonds with little-to-no return), to high risk, and everything in-between.

Avoid any advisers who tell you to put too much money in any one thing, Mr Quigley says, “because no matter what, it isn’t sensible.

He uses the example of some overleveraged private equity investments, which were popular in 2006.

In the middle of the financial crisis, if investors could not put more money in, the value of the investment ran the risk of dilution.

If investors stick to established, regulated organisations for guidance, they are likely to avoid any sham investment “opportunities”.

While these institutions are not immune from such scams, Ponzi schemes of the kind made infamous by Bernie Madoff are rare.

Stockbrokers Davy has a department specifically geared toward advising those who come into large amounts of money suddenly.

Davy’s head of financial planning, Declan Hanley, explains the key to managing €88.5 million: “It’s not a symmetric risk. Growing it won’t make you much happier but losing it could make you miserable.”

He therefore recommends the “three-bucket” solution.

In the first bucket, you put aside a relatively small proportion.

“[This is] your life upgrade and your wish list is done straight away. I think €8 million should do that,” says Mr Hanley.

In bucket two, between €40 million and €50 million will be put to work so that you never have to again.

A diversified portfolio – made up of 50 per cent equities, 20 per cent growth assets like property and commodities and 30 per cent defensive assets like bonds – could be designed to produce an income from about a 4 to 6 per cent annual return – about €100,000 a month.

This leaves bucket three, which clients should use to “figure out what is important; what is your passion in life”.

The millions in this final bucket can be used for riskier investments, like setting up a company or a charitable foundation.

Those who lose all their money quickly typically bypass buckets one and two, and veer straight for bucket three, Mr Hanley says.

“They have absolutely huge potential to set themselves and their kids and their grandkids up, if they just focus on buckets one and two.”

1 Money matters: ‘My father embarrassed us with his haggling’
2 Comcast acquires Irish cloud-based telco Blueface
3 Ryanair to pay portion of Peter Bellew’s legal costs, court rules
4 Firm sues Trinity College over contract for managing visitors
5 High costs and low returns will fuel nursing home shortage - CBRE
6 Pilita Clark: When a rude boss keeps you waiting, why not walk out?
7 Are there annual limits on inheritances or gifts to a child?
8 Volvo warns of scaled back car line-up if UK splits from EU rules
9 Opioid executive admits to ‘no morals’ ahead of prison term
10 Restaurants put VAT cuts at the top of their pre-election menu
Real news has value SUBSCRIBE
Save money on international transfers