Financial advice to my younger self: experts look back at the money mistakes they made 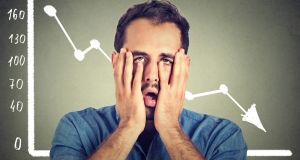 Even the experts can get it wrong

“[I should have] not bought bank shares with savings,” she says.

But what do other people who know better wish they had done when they were younger to secure their financial future? And what might people in their 20s and 30s learn from the mistakes or mis-steps they made along the way?

“As I’m in my mid-30s, I don’t like to think of myself as being in a position to offer life advice just yet but with mortgages, pensions (sadly all small) and savings accounts (opened, emptied and under reconstruction) under my belt, I have lived a little – from a financial perspective anyway.

“My advice to my younger self would be that, if there is free money going, take it. Be it matching contributions from your employer for your pension scheme, tax savings/efficiencies or lower fees available on mortgages, utility bills etc – take it all. It’s a chore to move suppliers or apply for tax back but there is definitely a slight feeling of satisfaction when a saving is made.

“I would encourage my younger self to take the time to look at these things, as seems to be the case with all regrets, it’s what I did not do rather than what I did, that leaves the stronger memory. I think millennials are much more outward looking when it comes to seeking expert advice across all areas of life. I had thought independent financial advice was for the rich, but a periodic external view on your finances is a very worthwhile exercise.

“One tip I received was to have a savings account that is hard to get your hands on (ie one you can’t transfer funds out of it via a phone). This is now my sleep-at-night fund – it covers about three months’ basic living expenses and gives me great peace of mind. It’s important to enjoy those first few years of pay cheques before the children and the mortgage arrive, but a sleep-at-night account is always worth diverting a cup of coffee a day towards.”

“The one thing that still gets me is a house in Chicago that I wanted to buy and for which I had an approval in principle. It was a very good house but in an undesirable part of the city. It was divided into eight apartments and I knew the area and believed it would work out in time. It did, the near south side of Chicago is now hipster central and prices and rents are very strong. It was $150,000 at the time (2000). Had I done that and lived in Chicago I’d be debt free at this stage and effectively retired on the rental income. That said I could also be dead or have made some other decision which would have wrecked everything. The only other change might be to have had children earlier, I have two sons and now I have a daughter who is two-weeks-old. I’m 41, so I’m likely to have a child in the family home past my retirement date.”

“I always regret not making maximum annual pension contributions in my early years of work. Ireland still affords favourable tax relief to individuals on annual pension contributions so, over a 30 or 40 year employment period, annual tax relief can be enjoyed and at the same time significant savings for retirement can be accumulated. By the time we reach retirement age, we don’t know what level of State pension support will be available so it would have been good to have started the pensions savings earlier in my career.”

“But on the other side, since 2002, I have owned and run my own business and am still doing so, having survived the greatest banking and property crash this country or any country has experienced. I am very proud of this fact.”

“One regret is not maintaining pension contributions during all this time. Due to changing jobs, I let contributions lapse for a few years which meant I am now trying to make these up over the remaining years to retirement.

“I also should have practised what I preach to my customers in terms of getting proper advice from a pensions’ expert in terms of lifestyle planning and diversification, etc. Just like health insurance, pensions can be so complex that we simply follow the herd and take the default approach which is often not the best solution. Like most people, I probably should have saved more but life got in the way of that one.”

“My biggest financial regret is having so much over-confidence in my early investments. This is a very common problem that I see every day with my clients. After university I worked for a couple of international banks and was living proof that a little knowledge is a dangerous thing.

“I tried to actively manage my savings and pension and almost always timed the market badly. If I had just left both pots of cash alone and invested for the long-term in simple investment funds, I would now be far better off. Thankfully I learned that lesson a long time ago without any real damage being done, and can try to pass on my experience to others.”

“Prior to establishing Impartial.ie in 2007, I had an enjoyable and successful 14-year career in Bank of Ireland Global Markets. However, I always knew that deep down, I wanted to be my own boss. The best advice I got was from my wife Nikki, who quite logically said: ‘You are good at what you do, trust yourself, do your best for your clients and it will be fine.’

“Starting a business in a recession is never easy but when you are doing something you enjoy, it doesn’t feel like work. Nine years on, Impartial.ie has survived and thrived. If you want to be your own boss, plan carefully, try to reduce the risk by keeping close to your core skills, but trust yourself. I wish I had listened to Nikki earlier.”

“Be careful with taking on too much (unnecessary) debt. Don’t assume that just because the bank is willing to lend it to you, that you should take it all on. Banks make money on the margin of what they lend so it’s in their interest to lend as much as possible. If you’re not comfortable with that level of debt, don’t take it on.

“Understand that tax rates and tax schemes change. Sometimes people make financial decisions based on the tax landscape at that particular point in time. Some friends of mine invested in Section 23 Urban Renewal properties in the mid-Noughties only to later find out that Revenue began to restrict this relief available for high-earners by up to 80 per cent.

“Other people who borrowed for investment property all of a sudden found out that only 75 per cent of the interest was deductible (this has since gone back to 80 per cent for 2017). When making financial decisions, do a mini ‘stress test’ as to what would happen if the taxes changed (which is more inevitable than ever now that we’re in a minority Government).”

“If I have one financial regret from my 20s and 30s, it is that I did not take more risk when investing in my pension. I have found in recent years when evaluating pensions for clients, it is those clients who have consistently taken more risk who now have pensions which have really grown in a meaningful way.

“Everyone has their own attitude to risk which is formed from experience. The cautious investor, as I was in my 20s and 30s, is driven primarily by fear. The process of fund selection for clients nowadays has become much clearer. Each client completes a risk profile questionnaire and are provided with an outcome which grades their appetite for risk on the ESMA scale. In other words, you can now select a pension fund which will match your own profile on the ESMA scale.

“Many millennials are displaying a trend of caution when selecting funds for their pensions. This is largely due to recent stock market volatility – most notably the crash in 2008. But the rewards are obvious for those clients who held their nerve in 2008 and continued to make contributions towards higher risk pension funds on a regular basis.”