Staying ‘irrationally bullish’ may not be as irrational as it sounds 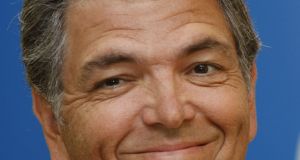 The idea of staying “irrationally bullish”, as Bank of America puts it, might appal some investors, especially those who remember the infamous words of Citigroup chief executive Charles Prince in July 2007.

“As long as the music is playing, you’ve got to get up and dance,” he said.

Months later, of course, global markets peaked and the global financial crisis began in earnest. Still, while no one wants to be bullish at the top, it’s remembering that markets can stay elevated for very long periods, paining those who cash out too early.

A recent Goldman Sachs note points out that stocks entered the ninth decile of valuation (that is, they were cheaper at least 80 per cent of the time) in 1992 and the 10th decile in 1995; they went on to post gains of 342 and 194 per cent, respectively.

Nor were the 1990s a freak in this respect. Stocks again entered the ninth decile of valuations in late 2013 and have more than doubled since. They entered the 10th decile in December 2016; since then, they have gained more than 50 per cent.

The point is, markets aren’t easy. Staying “irrationally bullish” may not be as irrational as it sounds.

1 Lockdown exit: How can Irish economy reopen without big health risks?
2 Finance ministers gather as fears grow even the future of the euro zone is at risk
3 Property market has not felt full impact of Covid-19, warns Sherry FitzGerald
4 I want to change my will quickly in case I fall ill. Do I need a lawyer?
5 Coronavirus: Property rental in the jaws of the epidemic
6 Coronavirus: How Covid-19 may reshape the Irish retail landscape
7 Government announces €1bn in supports for businesses
8 Iseq 20 companies lose €34bn in value due to pandemic
9 EU finance ministers hold marathon talks to overcome eurobonds split
10 Toast believed to have cut its Dublin staff by 50%
Real news has value SUBSCRIBE
Save money on international transfers