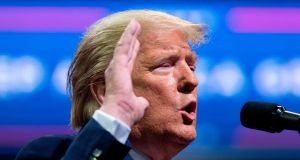 There are now four US stock market trillionaires – the Maga stocks (Microsoft, Apple, Google and Amazon), as Donald Trump dubbed them recently. It raises the question: are stock market indices too dependent on a few high-flying tech companies?

You were almost certainly doomed to underperform the stock market last year if your portfolio didn’t contain Apple and Microsoft, who enjoyed astonishing gains of 88 per cent and 74 per cent respectively over the last 12 months. Morgan Stanley data shows only 38 per cent of stocks have beaten the S&P 500 over the last six months, the lowest number since at least 2005. In a healthy rally, you want to see a large number of stocks participating, as opposed to a dwindling number of large-cap stocks doing the heavy lifting.

Still, other measures of market breadth look relatively healthy. Baird strategist Willie Delwiche notes an equal-weighted version of the S&P 500, which gives equal weighting to each constituent stock as opposed to giving an increased weighting to the largest stocks such as Apple and Microsoft, had also hit new highs. Mid-cap and small-cap indices were on the verge of hitting new 52-week highs, while eight out of 11 S&P 500 sectors recently hit new highs.

Large-cap tech giants are leading the way, but others are following their lead. The rally has not yet gotten “troublingly narrow”, says Delwiche.