2020 shaping up to be the year of record volatility, says Bespoke Investment 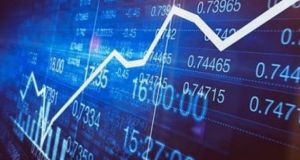 It may seem like markets have calmed down recently. However, while market activity was undoubtedly much more frenetic in mid-March, volatility remains at sky-high levels.

Despite the strong market rally, the Vix – Wall Street’s so-called fear index – was in the mid-40s last week. That’s way below the record closing high of 82.69 on March 16th, although the fact remains that readings above 30 are pretty rare, while anything above 40 is associated with outsized market crises.

Bespoke Investment notes that, over the last five weeks, the S&P 500’s has averaged a daily percentage change of 4.8 per cent – a level only ever exceeded in the 1929 crash. By last week, it had moved up or down by at least 1 per cent on 14 consecutive days, one shy of the record set at the lows of 2002’s bear market.

Indeed, the index had moved up or down by 1 per cent or more on 27 of the previous 28 days – something only ever seen during the 1930s depression. The S&P 500 is also routinely experiencing “all-or-nothing days”, when almost all stocks rise or fall in unison. Currently, it’s on pace to have 70 such days in 2020, which would tie 2011 for the most ever in a given year.

“It’s only April,” says Bespoke, “but 2020 is shaping up to be the year of record volatility”.

1 Google tells workers to return to country where they are employed
2 Probate is changing: What does that mean for you?
3 Sean Quinn stunned at rebranding of Quinn Industrial Holdings
4 Whistleblower warned EY of Wirecard fraud four years before collapse
5 Three Ireland switches on 5G network around the country
6 Will tracker mortgage be at risk if Ulster Bank closes?
7 Am I paying too much for my buy-to-let mortgage?
8 Seán Quinn on rebrand, Irish golf tourism wipeout, and probate changes
9 State should use Covid-19 impact on building costs to build homes
10 Ten of the most mysterious aircraft disappearances
Real news has value SUBSCRIBE
Save money on international transfers