Stocktake: Investors should be wary of bitcoin rally 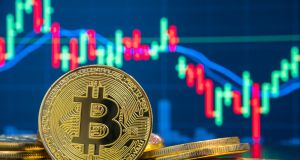 The cryptocurrency market is notorious for manipulative activity. Investors should stay sceptical.

Is bitcoin back? Below $4,000 (€3,582) just two months ago, the cryptocurrency topped $8,000 on Monday last week after soaring 26 per cent during one crazed day of trading. It’s still well below its peak – bitcoin would need to gain another 150 per cent to retake December 2017’s high of nearly $20,000 – but long-time bulls like Fundstrat Global Advisors founder Tom Lee reckon the “crypto winter” is over.

The first major Wall Street strategist to cover bitcoin, Lee says the price recovery means there is now an “increasing chance” that “traditional, non-crypto investors” will “start to look at crypto again”. Others have pointed to chatter about increased institutional interest in cryptocurrencies, although such expectations have proven to be unfounded thus far. Similarly, investors should be sceptical of Lee’s claim that bitcoin could be seen as a form of “digital gold” that can be used as a hedge in difficult financial environments. Bitcoin may have soared during the recent stock market decline but that’s not normally the case, notes Pension Partners’ Charlie Bilello, who points out that bitcoin fell in nine of the last 12 corrections. The cryptocurrency market is notorious for manipulative activity. Investors should stay sceptical.

Fund managers are cautious but not gloomy

Fund managers have gotten nervous, according to Bank of America Merrill Lynch’s (BAML) latest monthly fund manager survey, but there’s not enough gloom out there just yet. Over one-third of managers surveyed have taken out protection against a sharp fall in stock markets over the next three months, the highest level in the survey’s history. Additionally, equity allocations are almost a standard deviation below average levels, notes Fat Pitch blogger and sentiment expert Urban Carmel.

Global equity allocations have only increased slightly since January, when they were at levels similar to other market lows since 2009. The survey is best viewed in a contrarian light so muted sentiment “remains a tailwind for global equities”, says Carmel. Still, contrarians won’t be too excited. Cash levels of 4.6 per cent are unchanged and in line with their 10-year average, notes BAML’s Michael Hartnett. To generate a contrarian buy signal, he adds, cash levels would need to exceed 5 per cent, equity allocations would need to fall and investors would need to become more negative in their profit expectations.

Overall, BAML’s Bull & Bear Indicator “gives little reason” to buy any time soon unless financial conditions quickly surprise to the upside. While there’s none of the bullishness generally seen near market peaks, nor are investors showing “sufficient gloom to buy”.

Although BAML’s fund manager survey indicates professional investors aren’t running for the hills, the recent declines have certainly spooked ordinary investors. A fortnight ago, an American Association of Individual Investors (AAII) poll found there were almost twice as many bulls as bears. Last week revealed a sharp about-turn in sentiment; now, just 30 per cent are bullish (a 13 percentage point decline on the previous week), while 39 per cent are bearish (a 16 percentage point increase on the previous week). The AAII poll asks investors about their stock market outlook for the next six months, but the data suggests they shouldn’t fret. Oppenheimer technical analyst Ari Wald notes the Vix – Wall Street’s fear index – spiked 50 per cent during the recent drawdown.

Sudden volatility spikes in bull markets (stocks remain above their 200-day moving average, so the uptrend remains intact) are often seen near short-term lows and are associated with stronger returns going forward, says Wald. Since 1990, the S&P 500 has averaged an 8.2 per cent gain over the following six months – almost double the gains seen in a normal six-month period.

Stocks have been volatile lately, so the usual scary headlines are doing the rounds. “Stock market MELTDOWN”, screamed the Daily Express last week. “Trump’s trade war with China could cause a stock market crash”, headlined Yahoo Finance. In truth, a stock market fall of 12 per cent – the prediction of the most bearish strategist quoted in the Yahoo article – would represent a run-of-the-mill correction, not a crash. Investors should look past the headlines and remember that recent market action has been perfectly normal.

US stocks gained 30 per cent in 2013 and another 11 per cent in 2014, notes Urban Carmel, but there were no fewer than 10 drawdowns and volatility spikes resembling the current market during that period. Since 1990, the S&P 500 has averaged more than three separate pullbacks of 5 per cent a year, says LPL Research’s Ryan Detrick.

Indeed, stocks experience an average drawdown of 8.5 per cent during the first five months of the year, he adds, suggesting investors have had it pretty easy thus far. Stocks have rebounded 25 per cent since December’s lows, so investors shouldn’t be too spooked by stocks shedding a few per cent – whatever the headline writers say.