Ryan Tubridy, Paul O’Connell approved for tax exemption of up to €50,000 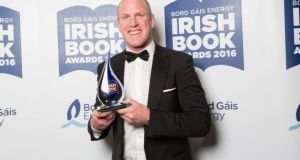 Ryan Tubridy, Paul O’Connell and Jennifer Zamparelli are some of the almost 250 people who have been approved since the start of the year for a tax exemption for their artistic endeavours on earnings of up to €50,000.

The Artists’ Exemption scheme allows works by artists, writers, composers and sculptors in the Republic to be exempt from income tax (subject to certain criteria), up to a cap of € 50,000 per year – an increase from €40,000 in 2015. PRSI and USC still apply.

The scheme, which was first introduced by Charlie Haughey in 1969, also applies to non-residents who are liable to income tax in Ireland.

A determination is made by the Revenue Commissioners on whether an artistic work should merit an exemption, typically due to its originality and artistic merit, and the list is updated on a quarterly basis, with the most recent list appearing on July 3rd.

Earnings derived from approved works are then exempt from income tax from the year in which the claim is made, to the aforementioned limit.

Former Munster, Ireland and Lions captain O’Connell received the exemption for his bestselling autobiography The Battle, which tells the story of his rugby career and was published last October, while RTÉ TV and radio presenter Tubridy received the exemption for his Patrick And The President, which tells the story of John F Kennedy’s visit to Ireland through the eyes of a young boy.

Tubridy also received a favourable determination for his 2010 book, JFK in Ireland.

Debut novelist Sally Rooney, who has just received a stellar review from the New Yorker for her novel Conversations with Friends, also makes the list, as does Sunday Times journalist, Eithne Shortall, who was approved for her debut book, Love in Row 27.

John Fallon’s story of how the Connacht rugby team came close to extinction before capturing the Pro 12 last year, Connacht: The Team That Refused To Die, has been approved, as has writer Declan Lynch’s latest novel, The Ponzi Man.

Writers for television also feature strongly on the list, with a number of writers, including John Condon and Mairead Kiernan receiving exemptions for their work on TV3 soap Red Rock, and a number of other writers for RTÉ’s Republic of Telly.

Cork writer Stefanie Preissner was awarded for her comic drama Can’t Cope, Won’t Cope, which has been acquired by the BBC, while former Apprentice star and current host of 2FM’s morning show, Jennifer Zamparelli, will receive a tax exemption for her work on sketches for the RTÉ show Bridget & Eamonn.

RTÉ presenter Aonghus McAnally also makes the list for his musical show Celebrating Christie Hennessy, a tribute to the singer-songwriter. Painters Andrzej Gudanski and Damien Flood also made the list.

The scheme has been in its current incarnation since January 1st, 2015. The Department of Finance has previously suggested a review of the scheme, which could potentially introduce income averaging for artists.