The endowment effect: Falling in love with stocks and coffee cups

Do investors get too attached to the stocks they own and overvalue their worth? 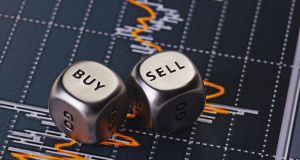 Does the “endowment effect” also affect investors? Do we get too attached to the stocks we own? Photograph: iStock

Behavioural economists have long known that when you own things – your house, your car, your possessions in general – you’re more likely to become attached to them and to overvalue their worth.

Does the “endowment effect” also affect investors? Do we get too attached to the stocks we own?

It sounds silly, but hundreds of experiments show we become overly attached to all kinds of meaningless possessions – even coffee cups. In one classic experiment conducted by Nobel laureate Daniel Kahneman and behavioural economist Richard Thaler, participants were given a mug to keep and then offered the chance to sell it to potential buyers.

The new owners were immediately reluctant to part with their new possession, demanding roughly twice as much money as the buyers were prepared to pay.

In a separate study, students were asked to state whether they would prefer to be given a mug or a bar of chocolate; just over half (56 per cent) chose the mug.

The endowment effect, sometimes known as status quo bias, is also found in the animal kingdom.

It seems that once we own something, it immediately becomes more valuable to us. Is this also true of stocks?

“People are more protective of their stocks than they are of family members”, billionaire investor Mark Cuban once commented. “You can call a guy’s wife fat, but if you tell him that Taser is overvalued, watch out. Every ounce of venom comes out.”

Cuban is exaggerating, of course, but the endowment effect does colour investors’ perceptions. According to Boston-based consultancy Cabot Research, institutional investors often overvalue their holdings, and it costs them an average of about one percentage point per year.

Some money managers are especially guilty in this regard, according to Cabot – it says about 10 per cent of money managers lose as much as 2.5 percentage points annually as a result of the effect.

Documenting the costs involved is a tricky business, although a recent study of the Indian initial public offerings (IPO) market left little doubt it is a genuine problem.

In India, a lottery is often used to assign shares when IPOs are oversubscribed. Winning investors are allocated shares at the IPO price, while losing investors are not able to buy until the shares become available for trading on the open market.

In theory, the winners and losers are equally keen to own the stock. However, the study, which examined the trading of some 1.5 million investors over the 2007–12 period, found that 62.4 per cent of the lottery winners still held shares of the stock a month after the IPO, while only 1 per cent of losers actually bought shares.

Of course, the losers were at a disadvantage; the share price typically appreciates sharply on the first day of trading, so they would usually have had to pay a lot more money to buy the shares. Sometimes, however, the initial share price gain was small or non-existent, meaning the lottery losers had the chance to buy at levels similar to those of the winning investors, but they rarely did so.

Also, IPO prices tended to fall over time, so one might have assumed those assigned shares would sell into the initial share price pop, with the lottery losers buying stock as prices became cheaper over time. Again, that wasn’t the case; after a year, almost half the lottery winners were still holding their stock; only 1.7 per cent of the losing investors had bought shares.

The results are not driven by investor inertia – the researchers found the endowment effect was still very evident even among active traders who made at least 20 market trades in the month of the IPO. They also found that even among very experienced investors (those who had taken part in at least 30 IPOs), lottery winners were four times more likely than losers to hold shares at the end of the first month.

Overall, lottery winners “are significantly more likely to hold these shares than lottery losers one, six, and even 24 months after the random allocation”, the authors noted. The mere act of owning the shares meant investors were less inclined to part from them.

According to behavioural economist Dan Ariely, bestselling author of Predictably Irrational, the endowment effect is largely driven by three quirks. We fall in love with what we already have; we focus on what we may lose rather than what we may gain, causing us to stick with the status quo; and we assume others will see the transaction from the same perspective as we do. Consequently, we overvalue our possessions.

There is, he cautions, “no known cure for the ills of ownership”.

Is Ariely being pessimistic? US brokerage Charles Schwab recommends investors coldly review their portfolio, asking: Would I buy this stock today? Does my initial investment rationale still stand? Are better options available?

However, investor analysis can backfire. Cabot Research cautions that “asset-specific analysis can promote enhanced feelings of ownership toward that asset, which then inflates the value assigned to it”.

Ariely calls this the IKEA effect – “the more work you put into something, the more ownership you feel for it”.

Some money managers have come up with novel ways of dealing with the endowment effect and other behavioural biases. Money manager and finance professor Thomas Howard takes an extreme approach – he doesn’t know the names of the stocks he holds or the price paid for them.

Instead, he instructs his traders to sell if his individual holdings fail on any one of a number of specified fundamental criteria, the intention being to adhere to a Spock-like decision-making process.

“In an instant, I would have a clean position sheet,” he writes in his autobiography, No Bull. “Sometimes it felt refreshing to start over, all in cash, and to build a portfolio of names that represented our strongest convictions and cut us free from wishy-washy holdings.”

For ordinary investors, it may be more practical to hold a diversified fund rather than individual shares. It is, after all, more difficult to fall in love with a fund containing dozens or hundreds of stocks compared to individual names like Apple or Tesla or Ryanair, all of which inspire devotion among their more committed followers.

If the endowment effect applies to coffee cups, it surely applies to stocks. The danger, says Cabot Research, is that “we become fond of what we own – to a level where our selling price floats above what reasonable buyers are willing to pay”.