Rich List: Wealthiest 250 in Ireland worth €75bn all told 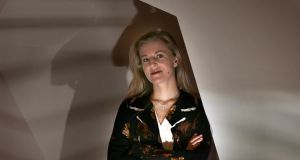 At the top of the Irish list are Hilary and Alannah Weston (above), the Dublin-born mother and daughter from the family which controls Brown Thomas and Penneys in Ireland and Selfridges and Primark in the UK. The family is valued at some €15 billion. File photograph: Brenda Fitzsimons/The Irish Times

The richest 250 people in Ireland are worth a combined €75.03 billion and have seen their wealth increase by 15.9 per cent in the last year, according to figures published on Sunday.

The Sunday Times Rich List claims that Ireland is currently home to 13 billionaires, who have a combined fortune of €37.89 billion, and that the net worth of the country’s wealthy elite is now significantly ahead of that recorded at the end of the so-called Celtic Tiger era in 2008.

At the top of the Irish list are Hilary and Alannah Weston, the Dublin-born mother and daughter from the family which controls Brown Thomas and Penneys in Ireland and Selfridges and Primark in the UK, as well as a huge Canadian operation. The family is valued at some €15 billion.

Denis O’Brien, who has significant interests in the communications sector through his Digicel business, is in second place with an estimated fortune of €5.34 billion.

Mr O’Brien (57) is the largest shareholder in Independent News & Media and is involved in enterprises such as the Topaz filling station chain, radio stations Today FM and Newstalk, and Siteserv, the sale of which is at the centre of an ongoing political controversy.

New entrants to the Irish section of the list include Sir Daniel and Lady Day-Lewis (€62 million), who have a home in Co Wicklow; and international rugby referee Simon McDowell, (€73 million) whose fortune relates to a Co Antrim mineral-processing firm linked to his family.

The British version of the list shows that the collective wealth of its richest people has more than doubled in the last 10 years.

London-based Ukrainian businessman Len Blavatnik, whose empire includes the Warner Music Group, was at the summit this year, with an estimated fortune of £13.17 billion.

However, neither are likely to be sweating too much over it. Mr Mittal and family are still worth an estimated £9.20 billion, while researchers put Mr Abramovich’s fortune at £7.29 billion.

Sir Paul McCartney was at the summit of the top 40 musical millionaires on the list, with the former Beatle’s personal fortune at £730 million - a good way ahead of his nearest rival Andrew Lloyd Webber, worth an estimated £650 million.

Adele, who is reckoned to be worth £50 million, was named the richest young musician in the UK and Ireland. Second place in the chart, made up of acts aged 30 or under, goes to the four members of One Direction (including Irishman Niall Horan) and former bandmate Zayn Malik, who are said to be worth £25 million each.

1 How to gift your child a house deposit . . . tax free
2 BOI customers to be charged twice with bank fees on New Year’s Eve
3 Irish designer of Oxford vaccine: ‘I’ve never worked so hard in my life’
4 We continue to ignore massive pensions elephant in the room
5 Son putting elderly dad under pressure to sign over land
6 Workers have little idea of the cost of retirement income
7 Vaccines doses, underfunded pensions, and gifting your child a house deposit
8 Aryzta’s €1.2bn of loans prevent hostile Elliott bid
9 Boeing seeks dismissal of Norwegian Air’s €1bn lawsuit over Max aircraft
10 Stocktake: Another incredible week for Tesla
Real news has value SUBSCRIBE
Save money on international transfers