Q&A: What are the tax rules for both ourselves and our children? 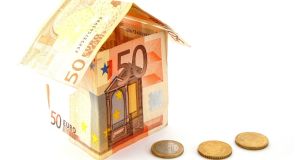 Which precise rules apply depend on where the inheritor and the donor live at the time of death, or possibly even which third country a property is located in.

Will the inheritance of the three children living abroad be subject to Irish inheritance tax rules or subject to the rules of the country where they are tax resident?

If we were to become tax resident in another EU country would that change the situation? And finally, does the responsibility for paying Irish inheritance tax lie with the beneficiary or with the estate?

That’s a lot of questions but it is an issue that is increasingly relevant to Irish families. Of course, we have always had a history of emigration and our modern open economy means it is all the more likely that family members move abroad for work or other reasons.

And, of course, in earlier generations while offspring did live abroad, there was not necessarily much of an estate to pass on in any case. Ireland’s increasing affluence in the past four or five decades has changed that position.

As you haven’t given precise locations for your children – or indeed where you yourselves might relocate your tax residence – I can’t go into specifics but there are several broad issues that will guide you.

Under Irish tax law, inheritance tax – or capital acquisitions tax as it is formally known – is the responsibility of the beneficiary. Depending on their relationship to the donor, they have a certain tax-free threshold which can move up or down depending on government policy as set down in budgets and finance acts.

Other countries, including the UK levy inheritance tax on the estate and not on the beneficiary.

Which precise rules apply depend on where the inheritor and the donor live at the time of death, or possibly even which third country a property is located in or where you lived previously, so you and those children living abroad will need to check that out.

While they often differ on where inheritance tax should be paid, and by whom, tax authorities work off a general principle that people should not be subject to tax twice on the same money.

This is generally done through a network of double taxation agreements between that operate between states. Ireland has 74 of these covering countries from the UK and United States to, most recently Ghana.

However, with the exception of our agreements with the UK and the US, in Ireland’s case, they do not cover inheritance tax.

So what happens elsewhere? Well, if you’re based in Ireland and you have been charged inheritance tax on an inherited property abroad, you can claim what is called unilateral relief – ie, you get a credit against your Irish tax liability for the tax taken elsewhere.

Other countries operate similar provisions although they can differ from one to another.

So your other three children are going to have to check what rules would apply where they live. Tax authorities these days are generally much more approachable and able to explain their rules in a clear fashion so that should make it easier.

Ultimately though, until it is clear what your tax residence will be when you die and what the tax residence of your adult children will be at that time – and, indeed, how inheritance tax law in any of those countries changes between now and then – it is impossible to be categoric in any advice.

1 How safe is it to go back to the office?
2 Elderly parents living in property you own will save you on capital gains tax
3 More than 40% of help-to-buy recipients already had deposit
4 Construction workers among first PTSB borrowers off payment breaks
5 Most workers now expect choice to work from home part-time
6 Cinema tensions laid bare by deep crack in theatrical release windows
7 Owner of Dundrum Town Centre to sell prized assets
8 56 financial firms entered or expanded Irish operations in 2020
9 Stocktake: Is the shoeshine indicator flashing red for stocks?
10 House completions down 33% but output has rebounded
Real news has value SUBSCRIBE
Save money on international transfers