Nationwide gets into a muddle over its UK-Ireland status 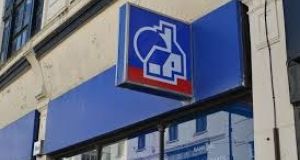 Not a week seems to pass when some bank or other wants you to confirm details of your address, supported by passport and utility bill information. For some years, I have had a few euro deposited with the (Irish) branch of Nationwide Building Society.

I am an Irish citizen and live in Ireland. Why do I have to submit to this nonsense (or prying eyes) and make available sensitive information such as my passport details etc? If I don’t comply, are my savings at risk or unavailable? Should I seek guidance from the Central Bank?

I suppose you could say that calling a bank Nationwide UK (Ireland) was bound to cause confusion and this does indeed seem to have been an issue of crossed wires. I note that Nationwide UK has since apologised to customers of its Irish businesses over the letters.

The confusion arises because the UK tax authorities are now obliged to share information on offshore bank accounts held by people who are tax resident in the UK.

Presumably the Irish Revenue is working under the same rules but you would only hear about this if, as an Irish tax resident, you had an account in another country. Of course, for those many people who set up accounts in Northern Ireland at one or other of the times when the euro looked more ropey than usual, these sort of letters are probably a fact of life.

The problem for Nationwide is that although it is a British business, it has an Irish-registered subsidiary, Nationwide UK (Ireland), and you, along with many other customers who received these letters, are customers of that bank.

As Irish tax-resident customers of an Irish-based institution, the bank had no business seeking your details – the irony being that it would only have been sending the details on to the Irish Revenue, which would have those details anyway.

“If you are a customer of Nationwide UK (Ireland) only and do not have any accounts with Nationwide in the UK, then you do not need to respond or take any further action,” it added.

And that answers your question really. No, you don’t need to give them these details; in fact, they have no right to ask you for them. Failure to do so will not affect your savings in any way.

On a related point that you raise, you should certainly contact the Central Bank, as regulator, if you have any doubt about letters you receive asking for personal details of your banking affairs. It should be able to tell you clearly and quickly whether such a request is valid.

The annoying thing for many customers whose circumstances dictate that they are covered by the sharing of details under the new international tax compliance regulations is that the information the banks are seeking is, in most cases, information that they already have – most likely from when the bank account was opened, especially if that was under more recent money-laundering legislation which has tightened up on identification and source of funds.

But instead of sourcing this information from their own files, which in my view is what they should do, they appear to have determined that it would be simply cheaper (for them) to hassle their customers to give them the information again.

So what information will banks look for if you do have an offshore account? As usual with these things, the information sought may be couched in a lot of reader-unfriendly legalese; but, essentially, they will seeks details of your name, address and date and place of birth. They will also seek your PPS number, otherwise known as a tax identification number.

This information will be passed on to the tax authorities in the country where you are tax resident along with bank account numbers and details – ie, the BIC (Bank Identifier Code) and the IBAN (International Bank Account Number), as well as account balances at the end of each tax year.

The good news in this case is that the bank has committed not to use the information, if anyone did respond to their initial letters. It further committed to destroy any such information received.

Anyone who still has concerns about the incident can contact Nationwide UK (Ireland) at 1800 800 180.