Post-crash investors living in a ‘world of low numbers’

Returns the size of the 1980s unlikely in today’s low-growth world, says strategist 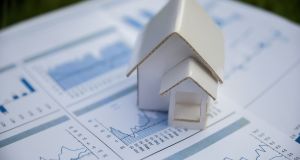 “Unless you are going to trade a hell of a lot, you are not going to be getting the sorts of returns that you got 10, 15 years ago.” Photograph: iStock

Modern day investors are living in “a world of low numbers” where the high returns of the last century are unlikely to rematerialise, the head of Standard Life global investment strategy has said.

Andrew Milligan, speaking at the company’s annual conference in Dublin on Thursday, said investments are caught up in the reality of low inflation, low growth and lower profits.

“This is the world of low numbers we live in,” he said. “The point we have emphasised to investors for years is you cannot expect the returns you saw in the [1980s], the ’90s to be repeated – particularly this year with the global financial crisis.

“In June of this year, 40 per cent of all government bonds in the world were negative yielding, he added. “It’s still 25 per cent.”

Mr Milligan was responding to questions over investor satisfaction in historic annualised five-year returns of 4.2 per cent on property.

“With such low nominal economic growth around the world, any asset class achieving [similar returns] is actually attractive,” he said. “This is the harsh reality that we face as investors. Unless you are going to trade a hell of a lot, take extremely concentrated investment bets, you are not going to be getting the sorts of returns that you got 10, 15 years ago.”

“You don’t expect you’re going to get those supernormal returns that you’ve had in the last three years,” she added. “But, actually, as part of a balanced portfolio Dublin will still perform relatively well over the next 12 months.”

In equities, Mikhail Zherev was positive about the tech sector. Instagram, he said, looked to be “the next glossy magazines” while YouTube and Facebook Video are appealing to advertisers targeting youth audiences, who have largely abandoned terrestrial television.

Among Irish stocks, Mr Zherev said Ryaniar, Glanbia, Kingspan and CRH were among the most favoured.

1 Direct sea routes to Europe offer certainty in choppy Brexit waters
2 ‘I don’t need to do any of this. . .I don’t actually need to work.’
3 Only way is up for Stripe as valuation skyrockets
4 AIB revives €1bn-plus problem mortgages sale
5 Promontoria barred from pursuing doctor over Ulster Bank loan
6 ‘Make plans but don’t hold on to them too seriously’
7 Online shoppers face unwelcome tax surprise
8 Admission of mistake in Oxford vaccine dose raises doubts over reliability
9 There was no vaccine for Anglo: Why the last crisis was different
10 Kinzen raises $2.2m as it helps clients fight ‘misinformation’
Real news has value SUBSCRIBE
Save money on international transfers