SFS Markets sold business to Monecor Ltd, which trades as ETX, in July 2014 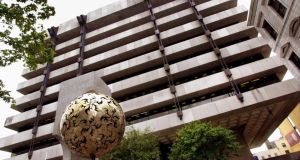 Financial spread betting business, Shelbourne Markets, lost €911,000 in the year running up to its sale to London-based ETX Capital, the latest figures show.

Shelbourne’s owner SFS Markets sold the business to Monecor Ltd, which trades as ETX, in July last year. It was put on the market some time before and reportedly attracted four bids.

The figures also show the sale resulted in it recording a once-off loss of €376,171 resulting from the cost of staff redundancies, contract terminations, depreciation and deferred rent.

The accounts state that SFS will recognise any gains from the sale as they arise.

The operating losses, once-off charge and its interest bill combined to leave SFS Markets with a pre-tax loss for the year of €1.33 million.

Shelbourne was originally bought out of Worldspreads in a deal backed by clients and staff at Merrion Capital in 2009 and rebranded as Marketspreads.

The High Court ajudicated both men bankrupt early last year after they failed to pay €1.2 million of a €1.68 million judgement that resulted from that.

Shelbourne employs 16 in Dublin 4 and is owned by the Curran family and management. Mr Curran’s father, the late Ray Curran was a former chairman of Merrion Capital and a key executive with the Jefferson Smurfit Group.

8 Facebook to lift ban on political advertising in US