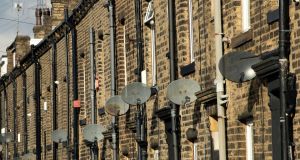 Any bank caught up in the tracker mortgage scandal is obliged to handle your query in a manner agreed with the Central Bank. Photograph: Danny Lawson/PA Wire

When it came to the tracker mortgage scandal, I checked my contract and it said at the end of the fixed term I’d move to the “prevailing variable rate” (KBC mortgage drawn down in May 2008, applied for in March 2008).

It only dawned on me recently that a tracker is also a variable rate. I have subsequently found out (from googling) that KBC only offered trackers or fixed rate at the time.

I’m at a bit of a loss as to where I should go for help, advice or guidance and am wary of asking too many questions from the bank/broker. I did ring KBC recently and ask them if my case was looked at and they said ‘yes’ and that I wasn’t impacted. Can I trust their word? How do I know the Government has double checked the banks’ examination of cases? Surely it wasn’t in the banks’ interest to identify cases? Is there an independent agency I can go to to check my case?

There are some basic truths you need to be aware of here.

First up, you never, never conduct communications on an issue like this with a phone call. Why? Because even though you might have been told that the conversation would be recorded for security, training or any other purposes, there is no guarantee that it will have been. And even if it was, there’s no guarantee the record would have been kept until a point when you might need to access it to prove you had communicated with the bank.

And there is certainly nothing – as in no formal record – to say someone at the bank said there was no issue with your account.

If you must have that personal interaction of a call, at the very least seek a email or traditional address and follow the call up with a letter or email to confirm the contents of the call – what you had to say and what you understand they said. At least then there is a record – as long as you keep a copy of the letter and/or its posting.

Secondly, you need to know that, initially at least, KBC was the foot-dragger among Ireland’s mortgage lenders in acknowledging the scale of the problem in its loan book.

And, thirdly, while it might have got its act together on that issue more recently, it was also one of the lenders to challenge the financial services ombudsman’s ability to hear tracker mortgage cases on the basis that they were “out of time”.

When challenged on it publicly, the bank then put out a disingenuous statement saying it would not challenge time limitations in respect to tracker mortgage complaints with the ombudsman and had informed his office of this.

What they didn’t say was that they had previously challenged his right to hear 27 separate cases on the basis that time limits had expired.

It’s not exactly a record of unblemished transparency and customer service.

So what should you do if you think you may not have been granted access to a tracker mortgage rate to which you were entitled?

Not really what you want to hear, I know, but the first thing to do is to formally contact the lender. On their website, they note that they have a dedicated team, handling this issue.

Now, it is true that most of the banks are winding up these investigations – the Central Bank has issued what it clearly hopes is its final report on the issue – but they are still obliged to address queries as they arise.

The options KBC give are a phone number – 01-6646983 – (bear in mind what I said above) and an email address (certainly my preferred option) at TrackerMortgageExamination@kbc.ie.

Give as much detail as you can of when the mortgage was taken out, account number, your understanding on the position, etc. The bank is then obliged to handle your query in a manner agreed with the Central Bank.

If their eventual reply simply repeats what they said to you over the phone, you have two options – accept what they say or take a case to the Financial Services and Pensions Ombudsman, which is free.

Do you have a case? I don’t know. I am aware I previously noted that, in 2006, KBC, or IIB Homeloans as it was called back then, did advertise a promise that its “standard practice” was to transfer everyone on a fixed rate to a tracker mortgage at the end of the fixed term as a default.

And a separate correspondent sent me a letter from KBC to them stating that anyone coming off a fixed-term mortgage would be automatically transferred to a tracker mortgage. That letter also related to KBC policy in late 2006.

Was the practice the same in 2008? Did KBC have no variable rate other than a tracker rate by then? I don’t know. But the bank should quickly be able to provide evidence both of its policy then and the range of rates on offer.

Can you trust them? I’m not very trusting but there is a process mandated by the regulator and allowing for independent oversight by the ombudsman. If you’re in doubt, pursue it.