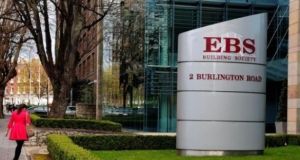 The cuts to EBS’s fixed rates will apply from October 10th, but not everyone will benefit straight away as existing fixed rate customers will have to wait until the end of their term to switch, or risk incurring a penalty.

As competition continues to heat up in the mortgage market, EBS Building Society has become the latest entity in the AIB family to cut mortgage repayments for its customers, announcing a reduction of as much as 55 basis points on its fixed rates. However, there is no relief to those on the lender’s standard variable rate.

The move follows rate cuts from both AIB and its broker arm Haven over the past month, but customers of EBS may feel aggrieved that the building society did not announce a cut to the standard variable rate, which would of course be effective immediately. It means that EBS customers on variable rates are now paying 3.7 per cent (LTV>80%) compared with 3.5 per cent at both AIB and Haven.

The biggest cut applies to the lender’s five-year fixed rate, which is set to fall from 3.8 per cent to 3.25 per cent, while borrowings on a one-, two- or three-year fixed rate will all fall to 3.15 per cent.

The cuts to EBS’s fixed rates will apply from October 10th, but not everyone will benefit straight away as existing fixed rate customers will have to wait until the end of their term to switch, or risk incurring a penalty.

The move means that someone switching from a variable rate to a one-, two- or three-year fixed rate will save about €77 a month on a €250,000 30-year mortgage.

The lender has also extended its 2 per cent cash back offer to customers taking out fixed or variable rate mortgages. The offer applies to first time buyers, customers moving to a new home, and customers who wish to switch their mortgage to EBS.

1 How much state pension will I get next year?
2 Oxford Covid vaccine trials offer hope for elderly
3 Fair deal? Family at odds with hospital and each other not so sure
4 Ulster Bank to introduce new card payment controls on app
5 How long can Government afford to keep State pension age at 66?
6 Budget 2021: fuel prices rise and high-emission cars hit
7 Investors unnerved by Brexit, Covid-19 and US election jitters
8 RTÉ to seek 70 voluntary redundancies as ‘large costs’ beckon in 2021
9 Covid-19 will worsen shortage of accountants, says CPA Ireland
10 Some Irish money market funds came close to danger in March
Real news has value SUBSCRIBE
Save money on international transfers