Children with Asperger’s ‘suffering’ due to tracker mortgage debt 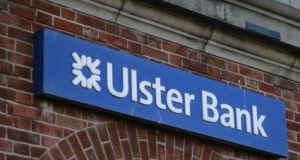 Ulster Bank chief executive Gerry Mallon apologised for its treatment of affected customers, but said it could not inform customers of how much compensation they are owed until the sum is correctly calculated by the bank itself.

Two young children with Asperger’s are “still suffering to this day” because their parents were forced into debt after overpaying their tracker mortgage by €30,000, an Oireachtas committee has heard.

Speaking during a sitting of the Finance, Public Expenditure and Reform committee yesterday, chairman John McGuinness said he had received piles of letters from families whose lives have been “destroyed” due to crippling overpayments to Ulster Bank.

The Fianna Fáil TD read out an anonymous letter from one such family who estimated that they had overpaid their tracker mortgage by approximately €400 per month over the last seven years.

“During that time they had to assist their two children that have Asperger’s, they’ve gone to credit unions and banks for loans to support the care of those two children.

“The person says they’ve gone without food, without heat in their homes, without holidays, and the children of that family are suffering to this day.

“Now I find that to be totally unacceptable in any society that the most vulnerable would be treated the way this family has been treated,” he told members of the bank’s hierarchy.

Mr McGuinness accused Ulster Bank of operating a “farcical” helpline for customers whose cases had been mishandled over recent years, and he pressed senior management to commit to equipping frontline staff with adequate answers to difficult questions.

In response, Ulster Bank chief executive Gerry Mallon apologised for its treatment of affected customers, but said it could not inform customers of how much compensation they are owed until the sum is correctly calculated by the bank itself.

“Clearly the individual case that you talked about is completely appalling, not at all unique, and it pains us to see customers in that kind of situation as a direct consequence of the actions of the bank. I’ve apologised and I’ll continue to apologise and say that we will make it right for those customers.

“I think there is clearly more work for us to do in being helpful and transparent, and giving people answers in relation to when they can expect a response,” he said.

Mr McGuinness told RTÉ Radio on Friday that the Central Bank should compel banks to immediately address the issue of customers wrongly taken off tracker mortgages.

He added that apologies from the banks don’t mean anything without action.

“The banks are incapable of understanding the trauma families are going through,” he said

Ulster Bank customer Caitríona Redmond, who attended the Oireachtas meeting on Thursday, said she was tired of hearing “empty platitudes” from the banks.

She told of how her family had been fighting the bank for eight years. Yesterday her nine-year-old had said to her, “Mammy, Ulster Bank are bad aren’t they”, which highlighted that all her life the family had been battling the bank.

The family was returned to their tracker mortgage last December, but the bank was still holding them responsible for the interest that had accrued during the years they were wrongly off the tracker mortgage.

“They’re saying we’re responsible for the interest and debt they caused. Nothing has changed. Apologies don’t mean anything without action.”

Mr McGuinness said he wished the banks would repay customers with the same “aggressive’ speed they had pursued small businesses who owed them money.

“They closed down good businesses. But when it comes to their own money they don’t pursue it as quickly.”

He criticised Mr Mallon for the lack of compassion he displayed at the Oireachtas committee meeting.

He also criticised KBC, who, he said “stonewalled” the Finance Committee.

“The Central Bank or the Government should bring in legislation to put manners on the bank.

“They are holding people’s money. They are destroying lives, refusing to deal with small businesses and families.

“As a country we can’t allow this. It is simply unacceptable.

“Yesterday [at the Finance Committee] was Groundhog Day, they just repeated the same information and at the same time we find that more and more people are impacted by the tracker mortgage issue.”

Ms Redmond said that customers feel like they are “shouting into the void”.

She had complained to the bank, the Financial Services Ombudsman and the Central Bank to no avail and felt like she was on a merry-go-round.

“Redress is the biggest issue. That’s our money, it’s not theirs.”