Pat Leahy and Cliff Taylor of The Irish Times discuss the "tax and spend budget" and its implications. Video: Bryan O'Brien 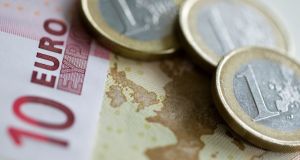 While the gains and losses from income tax and USC changes on one side versus excise and other hikes on the other will depend on individual habits, the net gains for people’s incomes will be limited.

The limited room for manoeuvre in Budget 2018 has been much discussed. But there will be income tax and USC changes which will leave more money in pay packets. For some, the benefits may be reduced – or wiped out – by other tax changes. For example smokers look sure to be hit again with a big excise hike.

Here is what to look out for in terms of changes and what they will mean for your pocket. It looks set to add €5 to €6 a week extra for single middle income earners, taking into account changes to USC and the standard rate income tax band. If the speculation this morning is exactly correct, then a single person on €50,000 will gain just over €5 a week. The self-employed look set to gain a bit more and likely increases in the home carers tax credit and some other payments will also increase the total for some.

And of course couples with two earners stand to gain more, as both earners benefit from tax changes. The Taoiseach said this morning that a typical couple with both earning would gain €500 to €600 a year - €10 to €12 a week.

An increase in the standard rate income tax band

At the moment single taxpayers become liable to pay income tax at the higher 40 per cent rate on earnings over €33,800, while for married couples with one earning the threshold is €42,800.

If the Budget increases the band by €1,000 – to €34,800 for single earners and €43,800 for married couples – then every income tax payer earning over the new limit would gain €200 per year. However the suggestion this morning is that the rise may be held to €750 for single earners, which would cut the gain from a rise to €150.

The band for one earning couples may increase by the same amount, or could rise by a bit more. Couples of with two earners can benefit from double the normal band and so could gain more significantly.If both earn enough to have income in the higher 40 per cent band, then both will gain by the full amount.

One thing to note is that people who do not earn enough to have any income chargeable at the 40 per cent rate will get no benefit from this measure. This year just more than one in five taxpayers had some income liable at the higher rate.

If you do earn enough to be affected, the gain for you is 20 per cent of whatever increase is announced.

A cut in USC

The main USC rate is the 5 per cent one, which applies on incomes between €18,772 and €70,044. Cutting this rate thus helps anyone earning over the lower limit, with those earning close to the upper limit and above getting the largest cash gains. The speculation suggests that there will be a 0.25 of a point cut in the main 5 per cent USC rate.

The cash gains for lower earners would be small - just €20 a year, for example, for someone earning €16,000. The maximum gain from the lower band USC cut is just under €34 for someone earning €18,772. However it is open to the Minister to tweak income tax,USC or PRSI at the lower end to give a bit more gain to this group, perhaps in the context of the planned USC/PRSI merger.

Adding up the benefits of the two USC cuts – if that is the route chosen - would add around €112 to the annual income of the €50,000 earner. It would mean the maximum gain from the USC changes alone for people earnings €70,000 and above would be around €162 annually.

It remains to be seen whether the band change will be the same for couples where one is earning. In couples where both are earning, the gains could rise significantly due not only to the USC changes but also the widening of the band, from which both will benefit, provided both earn enough to pay some income at the higher 40 per cent rate. So the gains here could be €500 or more a year for many dual-earning couples.

An increase in the self-employed tax credit

Well this one is simpler, at least. The Programme for Government commits to move the so-called earned income tax credit – claimed by the self-employed - to the same level as the PAYE tax credit, currently €1,650. Last year the earned income credit was increased to €950 and Government officials said in pre-budget papers that the Government could choose to move it to €1,650 in one jump next year, or do so in two steps in 2018 and 2019.

The increase in the credit is a straight cash gain for the self-employed – so full equalisation would be worth €700 a year while a two step move would give them €350 in each of the next two years. In a Budget of small gains this is significant.

There are likely to be other changes which affect specific groups. Government officials have examined ways to claw back gains from higher income groups, for example, though any changes here may be limited. Elsewhere, the home carer credit – currently €1,100 – can be claimed when one partner stays at home to look after a dependent person. It could rise by €100.

The Government may also extend mortgage interest relief for the group who can still claim it - including many who bought at the top of the market- and there are also likely to be small cash gains for landlords.

A series of excise hikes are on the cards which will claw back cash gains from some groups. Smokers, for example, could face another hike along the lines of the 50 cent a package introduced in the last two Budgets. Government officials have also scoped out the prospect of hitting lower priced cigarettes harder.

A sugar tax is also on the way, which will add to the cost of sugary drinks, though manufacturers have responded by reducing sugar levels. There is also speculation of higher excises on fuel, either way an increase in diesel excise or a rise in carbon tax which is a levy on all fuels, with the most polluting ones hit the hardest.

While the gains and losses from income tax and USC changes on one side versus excise and other hikes on the other will depend on individual habits, the net gains for people’s incomes will be limited.