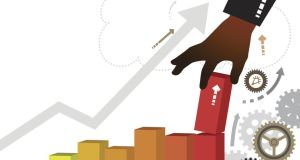 About one in five US companies are likely to be “distorting” earnings at any one time, according to a survey of almost 400 CFOs published in the Financial Analysts’ Journal last year. Illustration: Getty Images

Earnings move markets. Last month, the Nasdaq enjoyed its biggest one-day gain in a year following blowout earnings from technology giants Amazon, Google and Microsoft. However, while earnings can highlight underlying economic trends, they can also obscure them. Earnings season is often dubbed cheating season, and for good reason. Every quarter, the vast majority of companies beat low-balled estimates. Not only that, companies can use all kinds of accounting tricks – both legal and illegal – to mislead investors.

Should investors be sceptical when it comes to earnings? Can ordinary investors spot when things may be amiss, or is this beyond the scope of all but the most talented market analysts? And are there ways to limit the damage caused by short-termist corporate executives? There’s little doubt that some scepticism is warranted. About one in five US companies are likely to be “distorting” earnings at any one time, according to a survey of almost 400 chief financial officers (CFOs) published in the Financial Analysts’ Journal last year. The typical misrepresentation – about 10 cents on every dollar of earnings – is substantial.

There are red flags that investors with pronounced accounting skills can look out for, but it is not easy to spot such behaviour; it could take years for analysts to detect earnings distortions, one CFO told researchers.

However, ordinary investors are not powerless, according to a new study co-authored by academics from Cambridge, Berkeley and the University of Hong Kong. Their simple advice: watch out if a company has a reputation for consistently meeting or beating analyst expectations, is under strong market pressure to deliver the goods, and is headed by a powerful chief executive.

The paper, A Reputation for Beating Analysts’ Expectations and the Slippery Slope to Earnings Manipulation, analysed firms accused of accounting irregularities by US regulators over a 25-year period. The most likely offenders were highly valued companies facing internal and external pressures to meet or beat expectations. The “internal” pressures refer to a company’s corporate culture, particularly companies headed by a powerful and driven CEO. Top executives are “typically competitive individuals” used to “setting and achieving goals”. This mentality means they can become overly fixated on hitting analyst earnings targets, experiencing “tunnel vision” and losing sight of the bigger picture.

To deal with market pressures, companies first resort to accounting practices that are misleading but legal

This “whatever it takes” attitude is reflected in the words of Stephen Richards, the former head of sales at Computer Associates International, who was convicted of securities fraud. “I would judge my success on the ability to make that number,” said Richards. “If we achieved that number, it was an endorsement that we were doing the right things. If we missed that number, then it was a reflection that we hadn’t performed as well as we should have. My goal was just to get to or over that number – and if I did that, I succeeded.” “External” pressures come from market participants. Traditionally, companies that consistently beat expectations have been rewarded with higher valuations. They are more likely to be the recipient of “strong buy” recommendations from analysts. As their reputation grows, so does institutional ownership (much to the delight of executives, who spend precious resources trying to attract institutional investors). Accordingly, highly valued growth companies are under much greater pressure to perform than unloved stocks where expectations are low.

Accordingly, it would be a mistake to assume accounting frauds are largely perpetrated by dodgy companies headed by greedy chancers and charlatans. In fact, it appears investors need to be wary of companies that have a genuinely good track record of earnings outperformance, because these are the very companies under most pressure to satisfy excessive expectations.

There is, as the researchers put it, a “slippery slope”. To deal with market pressures, companies first resort to accounting practices that are misleading but legal. The problem with this grey area is that the longer it goes on, the worse it gets for the company: what started off as a relatively minor accounting juggling exercise may snowball into a major earnings misrepresentation that has the potential to cause major reputational damage and a serious share price hit. Consequently, such companies have a difficult choice: either admit that they have been massaging the books, or resort to outright fraud. Some choose the latter.

When it comes to quarterly earnings targets, the familiar adage is right: what gets measured gets managed

“Similar to the professional athlete who justifies the use of performance-enhancing drugs to avoid disappointing fans and sponsors, executives could justify the use of earnings manipulation as a tool for meeting expectations to avoid disappointing analysts, investors and the CEO,” the study notes. The researchers are not the first to note that reviled corporate cheats may previously have been celebrated for their apparent success. Harvard researcher and white-collar crime expert Prof Eugene Soltes has pointed to Lessons From the Top: The Search for America’s Best Business Leaders, a 1999 book that celebrated 50 titans of industry and the strategies they “use to help make their companies great”.

Within a few year, Soltes noted, three of the 50 leaders were on their way to prison, and another three were hit with massive fines for illegal activities. Soltes’s research confirms that executives, like drug-taking athletes, can justify their actions. WorldCom’s David Myers told Soltes he used to think he was “helping people and doing the right thing” while taking part in one of the biggest frauds in history.

The research indicates that one obvious remedy is to limit the power of CEOs and to insist on strong corporate governance procedures (for example, having more independent board members). A second may be to place less emphasis on quarterly results in general.

A new report from FCLT Global, a non-profit body set up last year by McKinsey, Blackrock and other asset owners and pension funds, points to surveys showing that roughly half of executives would delay new projects and investments to hit quarterly targets, even if this sacrificed long-term value. The report warns: “When it comes to quarterly earnings targets, the familiar adage is right: what gets measured gets managed.”

While quarterly reports are necessary for investor transparency, quarterly guidance is a no-no, as an emphasis on short-term metrics “often leads them to prioritise decisions that will yield the most attractive results on a quarterly basis and neglect their long-term strategies”. Rather, companies should follow the lead of firms like Facebook, which focuses on three-, five- and 10-year plans rather than on quarterly earnings targets.

Increasingly, companies are heeding this message. According to FCLT’s data, the percentage of S&P 500 companies providing quarterly guidance has fallen from 36 per cent in 2010 to 27.8 per cent today, while less than 1 per cent of European companies now issue quarterly guidance. Of course, many companies remain focused on the short term. As US and European earnings season progresses, attention is likely to focus on those delivering the biggest earnings “beats”. However, even the best companies shouldn’t be expected to beat estimates quarter after quarter.

In the real world, some lumpiness is normal. If that lumpiness is forever absent, aggressive accounting may be at play, and highly valued companies may be on the “slippery slope” to outright earnings manipulation.

1 Moving in and out of lockdown is a recipe for economic disaster
2 Ivana Bacik opposes Bartra’s Ballsbridge shared co-living plan
3 UK criticised for ‘unforced errors’ on post-Brexit trade deals
4 Aryzta’s move to replace chairman prompts takeover speculation
5 Brown Thomas and Arnotts to cut 15% of jobs due to coronavirus crisis
6 Stripe lures Dhivya Suryadevara from General Motors to be CFO
7 US treasury forced to pay up to fund record stimulus
8 What will the office market look like after the great remote working experiment?
9 How Tony Buzan used mind maps to doodle his way to millions
10 ‘There’s something quite exotic for me still about Asia’
Real news has value SUBSCRIBE
Save money on international transfers