All set to be pensioned off: But are you really prepared for retirement? 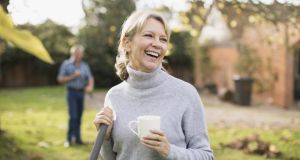 Some people prepare for retirement better than others.

Some people prepare for retirement better than others. While you may be fortunate enough to have investments maturing or a pension lump sum payment easing you into retirement, others may not be so well equipped.

For those who have not made their own private financial provision for life after work, there are a range of state supports and allowances available to help navigate retirement.

The most widely accessed is the state pension – which comes in two very different formats, contributory or non-contributory.

The state pension (contributory) is paid to people over the age of 66 who have made at least 520 full rate sufficient social insurance contributions., which means you must have started making payments before you turned 56. The full weekly payment is €248.30 but, to receive this, you will have to have made at least 48 contributions from the year you started insurable employment until you reach 66 years of age .

If you have a lower annual average contribution rate, you will be eligible for a partial contributory pension. but you must have an average of at least 10 contributions per year of working life. That level will secure you a weekly pension of €99.20.

This is due to change next year as it was considered to penalise those who started work early and, especially women, those who took time out of the workplace to raise family. The new total contributions approach proposes to grant a full pension to anyone with 40 years of PRSI payments regardless of the annual average. However, the Minister for Social Protection, Regina Doherty has yet to formally sign off on it following an extensive consultation process.

As it stands, when you reach 80 years of age your weekly payment automatically increases by €10 a week.

The contributory state pension is not means tested but it is taxable. However, if it is your only income, you will not be paying tax on it.

If you retire early it is worthwhile to continue making PRSI payments to ensure you receive the highest possible pension return.

It is advisable to apply for your pension three months before you hit retirement age. If you are late applying it can only be backdated by up to six months, so forgetting to process your application could be costly if you let it slide too far.

And, if you are intending on using credits earned while working in a foreign country that has a bilateral social security treaty with Ireland – which includes the EU, Switzerland, Australia, Canada, Japan, New Zealand, South Korea, USA – it is recommended to apply six months in advance.

You can check your contributions record by logging into the mygovid.ie website and it is worth double-checking that the Government has not omitted any credits you may be entitled to. For periods when you were out of work, you are entitled to credits – for instance, if you were in receipt of job seekers allowance.

If you are not entitled to a state pension (contributory), you may be entitled to the non-contributory state pension. But this is means tested, with an income limit of €200 per week and maximum savings of €20,000 in order to qualify for a full payment, which is €237 a week.

Once you are over the limits, a means test formula is applied to the weekly income expected from your savings. The outcome is added to any additional cash income you receive – outside of many social welfare payments which are exempt. The first €30 per week of excess means as assessed by the department do not impact the rate of pension. However, after that, the weekly; pension payment will be cut by €2.50 for every €2.50 of means.

Former pensions ombudsman and programme leader at the Retirement Planning Council of Ireland, Paul Kenny, says that it is important to “make sure you get all the things you are entitled to”.

And one way to ensure you are claiming your maximum entitlements is by filing a tax return, “even if they have been on PAYE all their lives”, says Kenny, as it “will ensure that whatever allowances you are entitled to from revenue will be picked up”.

In many instances people simply don’t know the range of entitlements that they are entitled to.

For instance, there is a tax credit that can be claimed by older people, once they hit the age of 65. It yields €245 for a single person or €490 for a couple who are married or in a civil partnership.

Even better, people over the age of 65 have a higher income exemption threshold – the point at which they start paying income tax. For a single person, it means that they pay no provided their annual income is below €18,000. The figure is double that, €36,000, for a couple.

Another perk for people within those tax exempt income brackets is that, if they have savings in a deposit account, they will not have to pay Deposit Interest Retention Tax (DIRT) payments, which otherwise takes away 35 per cent of any interest earned.

Of course, in a world where deposit interest is microscopic, if it exists, at all, a 35 per cent saving on nothing still equals very little, but the measure has been of value. in the past and will be again if and when interest on savings rises.

It isn’t just the State that give preferential treatment to pensioners, some retailers do too. Kenny advises older people to explore “discounts that people are only too willing to give you for being old”.

Older drivers can also avail of reduced parking fees of €2.50 per hour or €10 for the day at Park Rite car parks once they show their free travel pass.

There is also a suite of welfare allowances available, some are means tested while others are an automatic entitlement based solely on age.

The Living alone allowance, which is not means tested, will rise from €9 to €14 a week in January 2020 and applies to anyone over 66 who is living alone and in receipt of a social welfare payment, such as the state pension.

The winter fuel allowance is means tested and aimed at people who are “dependent on long-term social welfare payments and who are unable to provide for their own heating needs”. It is available from September 30th and amounts to €22.50 per week, but will rise to €24.50 next year as part of Budget 2020. It runs for 28 weeks – or more than half the year.

Eligibility to the scheme is tight. You can have combined weekly income of just €100 above the maximum State Pension (Contributory) – €248.30 – to be eligible and you cannot have savings of more than €80,000.

The telephone support allowance is a modest extra weekly payment of €2.50 to pensioners who only qualify for it if they are eligible for both the living alone and fuel allowances.

The Household benefit package is free to all over 70s while those between 66 and 70 must be in receipt of a social welfare payment. The package consists of two allowances and can only be claimed by one person in the household. The first allowance is for electricity or natural gas while the second is a free TV licence.

For those who have had the misfortune of becoming widows or widowers, there are additional contributory and non-contributory pension benefits. The non-contributory widow and widowers pension is means tested with the amount is a maximum of €203 per week.

The Housing Aid for Older People Scheme is available for people over the age of 66 who are living in poor housing conditions to improve the condition of their home.

While the medical card is still means tested for pensioners, it is available to anyone between the ages of 66 and 70 provided their weekly gross income does not exceed €201.50 if they are single or €298 for a couple.

For over 70s, the means test is more generous and the income thresholds were increased noticeably in Budget 2020 – by €50 to to €550 for a single person and by €150 to €1,050 for couples. If even one member of the couple is over 70, the higher threshold applies. Savings and similar investments are capped at €36,000 and €72,000 for a couple: above these limits, savings are deemed to deliver weekly income according to the standard means test formula.

The limits for GP visit cards are substantially higher – €333 for a single person or €492 for a married couple aged between 66-69. Over the age of 70, the GP visit card is available to everyone without an income test.

Those over 66 years of age are also exempt from paying PRSI on any income they earn. On top of this. If you claim an occupational pension before you reach 66, it is not subject to PRSI. However you will have to continue to pay PRSI on other income.

And finally, even the banks are more obliging when you reach that certain age. Most banks waive a variety of their fees, ranging from transaction and maintenance fees to direct debit fees depending on the bank.