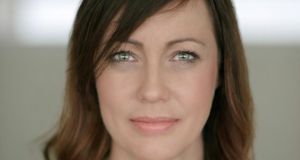 Sinead Troy, general manager of IASCA and DMDS Ireland: ‘Radio is as important as it ever was.”

“It’s something that is badly needed in this country. We’re pretty unusual in Ireland compared to other territories in that we have a lot of artists, but we have very few record labels here. Most artists are sole traders,” she explains.

“The result of that is everything is sent to media haphazardly.”

So while artists signed to major labels have their music sent to radio stations through secure digital platforms, independent artists might send a WAV file or an MP3 or just make contact – sometimes a DJ might even reply with a “send me a CD”, according to Troy.

“There could be 10 emails for one band, and no one has time for that.”

Already used in a number of other markets, Yangaroo’s DMDS system delivers the music to broadcasters via a single platform. The idea is to make it as easy as possible for powerful radio execs to hear tracks from independent artists.

“If Brian Adams, the head of music in Today FM, can play the first 30 seconds of your song, and he likes it, he will probably download it,” says Troy. “And I would say that if he played it and he didn’t download it, he probably didn’t like it.”

The Independent Broadcasters of Ireland group has “agreed that this is great for their members” and are identifying stations that will pilot it.

While there are other outlets for promoting Irish music, few can boost an artists’ profile like good old FM radio.

“Nothing is going to stick in your mind like hearing something. So really radio is as important as it ever was and we need it more than ever.”