Broadband provider will back event for next three years 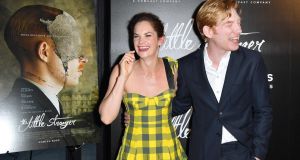 Virgin Media has signed a three-year deal to sponsor the Dublin International Film Festival from next year, replacing premium car brand Audi as the backer of the event.

The festival, which will take place from February 20th to March 3rd, will reach its 17th year in 2019 and previously had a long-running commercial arrangement with whiskey brand Jameson.

The Virgin Media deal is understood to be worth more to the festival than the previous agreement with Audi, which took over the sponsorship in 2015.

To mark the announcement, the Virgin Media Dublin International Film Festival will host the European premiere of director Lenny Abrahamson’s new film The Little Stranger, based on the novel by Sarah Waters, at a screening at the Light House Cinema in Dublin on September 12th.

The period mystery stars Domhnall Gleeson, Ruth Wilson, Charlotte Rampling and Will Poulter and the Academy Award-nominated Abrahamson will be in attendance at the screening alongside Gleeson and Wilson.

“Virgin Media’s decision to come on board reflects the belief a global company has in what the festival offers and also in the wider Irish film industry,” said festival director Grainne Humphreys.

The company is the owner of TV3 Group, which will rebrand as Virgin Media Television next week.

This year’s film festival was disrupted by Storm Emma and the “Beast from the East”, resulting in the cancellation of screenings on four of the 10 days.