TV3 bids to rule the soap world with ‘Red Rock’

A 90-second ad for the new soap opera, soundtracked by Lorde, will debut on Friday 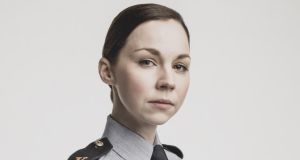 Actor Jane McGrath as Garda Sharon Cleere in TV3’s ‘Red Rock’. A promo for the new soap opera points to turbulent times ahead for the character.

TV3’s campaign for new twice-weekly soap Red Rock is about to step up several notches, with a major out-of-home advertising campaign kicking off on Monday and a promo for the show due to debut in the ad break of its “outgoing” soap Coronation Street on Friday evening.

The soundtrack to the 90-second preview, created by advertising agency Ogilvy & Mather, is New Zealand singer Lorde’s slowed-down cover of the Tears for Fears track Everybody Wants to Rule the World.

As with TV3’s “New Dawn” promo, it was shot by The Guarantee director Ian Power, takes viewers inside the Garda station of the fictional Dublin suburb and shows fleeting glimpses of much of the main cast involved in skirmishes or embraces before ending on a close-up of Garda Sharon Cleere (Jane McGrath) looking distraught inside a cell.

According to the full cast list and character biographies unveiled earlier this week, ambition is Sharon Cleere’s “driving engine and profound weakness”.