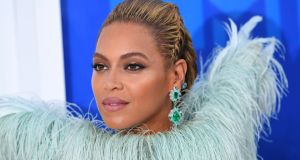 The Irish arm of Sony Music, whose artists include AC/DC, Beyoncé and Christy Moore, saw profits jump in the year to the end of March, despite a dip in turnover.

Recently filed accounts for Sony Music Entertainment Ireland Ltd, show it reported pretax profits of €312,000 last year, up more than 20 per cent on the €259,000 recorded a year earlier.

While warning of the continued threat from illegal downloads and decreased sales of CDs, the company’s directors said they believed the firm, whose other artists include Alicia Keys, Bruce Springsteen, Bob Dylan, Garth Brooks, Robbie Williams and Usher, would continue to “deliver strong results in a challenging market”.

The Irish unit paid a €5 million dividend to its parent Sony Music Entertainment UK Limited in early August, the accounts show. Turnover for the parent company totalled £198.1 million for the 12 months ending March 2016, down 16.8 per cent on the previous year with the company making an overall profit of £14.1 million.