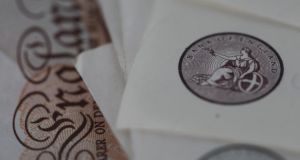 Solid demand for pay-TV in Britain and an improving picture in Germany and Italy helped Sky to post an as-expected 20 per cent jump in nine-month profit on Tuesday.

Sky, which formed from the combination of Britain’s BSkyB, Sky Deutschland and Sky Italia to serve 20 million customers in Europe, said the group had enjoyed record growth in Germany and Austria, and its best third-quarterly performance in Italy for three years.

In Britain it reported the highest customer growth and lowest level of customers leaving the service in 11 years, with 127,000 new users signed up to its satellite and online TV platform, up 41 per cent on last year.

As a result, Sky posted nine-month operating profit of £1.03 billion, in line with a company-supplied consensus.

“As these results demonstrate, our teams are working well together right across the new Sky,” chief executive Jeremy Darroch said.

“Five months in, our integration plans are progressing well and we are well positioned for the expanded growth opportunity ahead.”

Having grown to dominate its home market over a period of 25 years, BSkyB last year embarked on a plan to enter Germany, Austria and Italy by buying Rupert Murdoch’s assets in those markets, countries where pay TV was not yet as popular, or profitable.