One in six TV pitches are commissioned, but spending has only nudged up in recent times 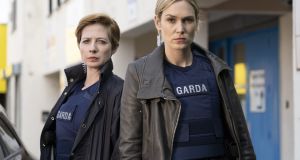 RTÉ received 732 pitches for television programmes from independent production companies last year and commissioned 121 of them, or about one in six pitches, generating 428 hours of TV.

Six production companies shared €18.7 million to make shows, which amounted to 52 per cent of the value of new RTÉ television commissions from independents last year, according to the annual report for RTÉ Independent Productions.

A further six companies were awarded commissions worth €7.9 million or 22 per cent of the total, meaning 12 companies accounted for almost three-quarters of RTÉ television commissions.

In total, RTÉ spent €41 million on independent television and radio commissions in 2018, the report states.

This slightly exceeded the public service broadcaster’s statutory obligation to spend €39.7 million on programmes from the sector and was broadly similar to the €40.8 million it spent on the sector the previous year.

The majority of the spending – some €39.8 million – related to television commissions rather than radio.

The annual report details the third-party funding that went into RTÉ’s independent television commissions. This included €4.7 million from the Broadcasting Authority of Ireland’s Sound & Vision scheme and €3.2 million through the Section 481 film and television tax break.

Ireland’s independent production sector was hit hard during the recession as RTÉ halved its spending on commissions from a 2007 peak of €80 million in response to a collapse in advertising revenue, and its level of expenditure on the sector has shown little recovery since then.

The report does not detail the value of the commissions, but some of the most prolific independent television production companies include Shinawil, Coco Content and Vision Independent Productions.

Shinawil is the company that makes Dancing with the Stars, a BBC format acquired by RTÉ, while its other RTÉ commissions include Home of the Year and Marty and Bernard’s Big Adventure.

A significant proportion of RTÉ’s independent production expenditure will have gone to the companies behind the dramas Taken Down (Spiral Pictures) and Finding Joy (Treasure Entertainment and Rubicon Films).

RTÉ’s main annual report for 2018 has not yet been published by the Department of Communications. In general, the broadcaster spends about twice as much on in-house television productions, excluding news and current affairs, as it does on programmes commissioned from the independent sector.