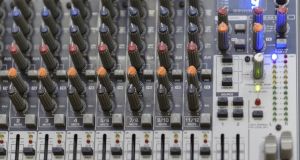 Phantom’s JNLR listener statistics for 2013 show its share of all adults was just 0.8 per cent. Among 15-34 year olds, it had a “listened yesterday” share of 3 per cent.

The station’s 16 full-time staff were told yesterday redundancies would be necessary and the board had received permission from the Broadcasting Authority of Ireland for its restructuring.

Dublin Rock Radio Ltd, the company behind the station, said Phantom had been “disproportionately affected by ongoing reductions in advertising revenue in an increasingly competitive market” that would result in a reduction of a “number of positions ”.

Phantom hit the airwaves in 2006 but has struggled as a niche player in a crowded market. JNLR listener statistics for 2013 show its share of all adults was just 0.8 per cent. Among 15-34 year olds, it had a “listened yesterday” share of 3 per cent.

Latest abridged accounts for Dublin Rock Radio show it had accumulated losses of €4.2 million at the end of 2012.

Trevor Bowen, chairman of Dublin Rock Radio Ltd said: “It is with regret that we are announcing the station’s proposed restructuring plan to continue to deliver an alternative music service for young Dubliners. However, in doing so, we are ensuring the future of the offering . . .” Mr Bowen thanked staff for their “dedication and patience”.