Ratings have declined, but the familiar format is still regarded as a safer bet than most 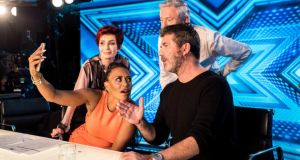 The 2015 ‘X Factor’ final’s audience of 8.4 million was less than half the 17.2 million who watched Matt Cardle triumph over Rebecca Ferguson and One Direction in 2010. Photograph: Press Association

ITV has signed a deal with Simon Cowell’s Syco Entertainment and FremantleMedia UK to keep The X Factor on air until “at least” 2019, which to its detractors and weary ex-fans will sound like a threat.

Unlike, say, the next career moves of Mary Berry and Paul Hollywood, the future of The X Factor (and Britain’s Got Talent, also renewed) were a source of tension to precisely no one outside the industry.

If ITV had passed and said “Thanks Simon, but we think these shows are looking a bit Noughties, now, look, it was a good run”, it’s hard to imagine an outcry on the scale of that which occurred last week on news that The Great British Bake Off is to switch channels.

The X Factor’s contingent of hate-watchers would surely have been relieved to be finally free, while even the most steadfast of Cowellites might well have thought “Fair enough” and assumed something better was coming to Saturday teatimes.

There’s the rub. Broadcasters clearly have nothing better coming – or, at least, nothing they reckon will have the same mass appeal.

The X Factor’s ratings have been in decline for some years now, with the UK figures for the early stages of this year’s competition hitting a 10-year low of 6.8 million. This was no August anomaly. The 2015 final’s audience of 8.4 million was less than half the astonishing 17.2 million who watched Matt Cardle triumph over Rebecca Ferguson and One Direction in 2010.

But in 2016, an audience of 6.8 million is still not to be sniffed at – ITV’s shareholders would take a dim view of ITV management if it did. When mass television events are no longer quite as “mass” as they once were, and when younger viewers are proving tricky to recruit it is understandable that the mood is conservative.

The goodies are still the oldies: The X Factor is 12 years old and Britain’s Got Talent nine, but both are part of a wave of light entertainment that dates back to 2001’s Popstars. It inspired Pop Idol, the show that introduced Simon Cowell to viewers and added the public vote elimination element that has defined the genre ever since.

It’s not just on the commercial ITV network that this is a phenomenon. On the BBC, the still highly popular Strictly Come Dancing is waltzing into its 13th series, while The Apprentice is soon returning for its 12th run of egomaniacal one-liners and suspiciously fast early-morning grooming.

The Bake Off, on its seventh series, is the relative baby and had, until the brand-damaging events of last week, been expected to remain comfortably popular for years to come (albeit in a less competitive time slot). In a sport-light year it was the most-watched show on UK television in 2015.

At industry events, the apparent dearth of successful new formats is now a regular topic. Broadcasters simultaneously defend the ratings their established franchises get, while privately worrying that their advertising revenues could fall off a cliff any year now if viewers finally decide they have had enough.

Production companies and distributors, meanwhile, are hoping they’re the ones who come up with the next big idea. Nobody wants their rival to be the one hoovering up the available cash.

“We are trying to reinvent the wheel. And it isn’t easy to reinvent the wheel,” Avi Armoza told Dublin’s Mediacon conference last week. Armoza is the founder of Israel’s Armoza Formats, which counts docu-soap Connected (late of a one-season run on RTÉ2) among its many exports.

“We need to find new ways of telling the same stories,” said Armoza, when asked by RTÉ’s head of comedy, Eddie Doyle, why there hadn’t, arguably, been a big break-out international format hit since The Voice (originally a Dutch series that began in 2010).

But broadcasters who chase the next big thing may simply wind up shelling out for the rights to formats that go on to flop, as FremantleMedia’s Rob Clark outlined in his lecture to the Irish Film and Television Academy in 2014. Snapping up “flawed formats” in order to stop a competitor getting their hands on them is naive, he suggested, and a mistake born of the “myth” that good ideas for TV shows are plentiful.

The other counter-argument is that there are points of the week, such as Saturday evenings, when viewers appreciate known quantities. The elements that irk one section of the audience about The X Factor and its overfamiliar counterparts – tearful family members, tragic back stories and frequent dispensing of hugs – are precisely those that another section expect and demand to see.

Viewers like knowing what will happen next, until one day they suddenly don’t. It’s not terribly helpful for a television industry that can’t help worry about the future.