Tom McGuire, the head of the RTÉ station, says it will take audience ‘slippages’ seriously 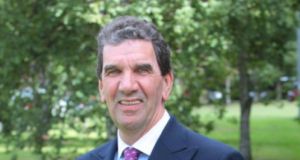 Radio 1 Tom McGuire: no plans to make changes to the schedule

RTÉ Radio 1 is losing listeners across its daytime schedule, the Joint National Listenership Research (JNLR) figures published last week show, with the audience for News at One, Ronan Collins and Mooney all dropping by double-digits in percentage terms over the past year. Liveline and Drivetime performed almost as badly with 8 per cent and 9 per cent declines respectively.

But head of Radio 1 Tom McGuire says there are no plans to make changes to the schedule. “It is the way it is going to stay,” he says. “When the hype dies down, that’s when you begin to see the reality. And the reality is that the vast majority of people are getting their news and current affairs from Radio 1.”

The Today slot is also down 12 per cent year-on-year, although when it first learned of Pat Kenny’s move to Newstalk in the summer of 2013, RTÉ probably would have been happy to know that one year later, Seán O’Rourke would retain so many listeners – 295,000 out of an inherited audience of 334,000.

But it seems that the impact of Newstalk’s big signing hasn’t just been confined to this slot, and “where there is slippage”, it will be “taken quite seriously”, says McGuire.

“Change in Radio 1 is always going to be incremental,” he adds, citing presenter Audrey Carville’s recent move to Morning Ireland, the imminent arrival of Keelin Shanley on The Late Debate and changes to the Today production team since Kenny’s departure.

Meanwhile, at 2fm, its head Dan Healy repeated a candid line he gave at the Radiodays conference back in the spring, when he told an industry audience that he believed he had to “destroy 2fm in order to rebuild it” – in other words, make big changes rather than incremental ones.

“Ultimately, the destruction is now finished,” he said after the release of the JNLR survey. “We’re extremely confident now.”

Not over-confident though. The station is still in a “battle” for listeners, he conceded, not least in the “vicious” Dublin market. “We’re not jumping up and down.”