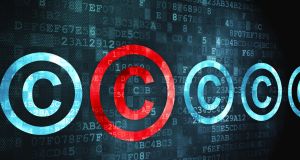 When MEPs meet up in Strasbourg next week the latest instalment of a bitter, legislative clash will play out over an important attempt to craft copyright rules for the digital age.

The parliament is deeply divided and, in June, MEPs unusually threw out – by 318 votes to 278 – the recommendations of their own legal affairs committee on the legislation.

The dispute pits those who back the commission’s attempt to ensure print newspapers and music producers can get a fair return for their work when digital platforms offer it up free online and those who sympathise with digital platforms’ complaints about what they see as threats to their profits and the freedom of speech, and unduly onerous requirements to protect producers’ rights.

The latter are backed by a coalition of left-wing, ultra-liberal, and “pirate” MEPs – in Ireland’s case Sinn Féin and Luke Ming Flanagan – who say they are defending online free speech.

The commission’s efforts are broadly supported by the Irish Government and backed by Fine Gael MEPs. Dublin’s Brian Hayes describes the feverish lobbying against legislating as “outrageous” misinformation and “Trumpesque”.

The conflict over copyright is just one of a series of battlegrounds in which governments and the EU have turned a page on the early days of “anything-goes”, or the “wild west” digital age, as a British minister has described it, to regulate and tax the hugely powerful and wealthy digital industry.

In taxing it, the authorities have strong popular support, but regulation prompts mixed views.

Later this month the European Commission will propose a new directive to compel platforms to take down terrorism -related material speedily when they are notified of it – probably within 24 hours – or face hefty fines.

And although the commission is willing, at present, to allow voluntary regulation of hate speech and other forms of unacceptable speech online, it has made clear that it will be prepared to use mandatory means if voluntary codes of conduct do not appear to work.

In the UK last year, the government outlined proposals to impose an industry-wide levy on social media firms like Facebook and Twitter to fund measures to tackle online harm like bullying and child grooming. Ireland’s Minister for Communication Denis Naughten has also promised child protection measures.

Revelations about data mining by Cambridge Analytica and Russian interference in elections in both the US and Europe have seen widespread and growing support internationally for the EU’s landmark data privacy legislation, the General Data Protection Regulation (GDPR), which is fast becoming a global standard.

Social media companies like Facebook have been forced to hire staff in their thousands and put in new editorial controls and monitors. And there are increasing demands that the companies open up about the algorithms they use to rank news. Donald Trump, for one, alleges there is an inherent liberal bias in the social media algorithms.

On the tax front, digital companies are also under pressure internationally following revelations about how little they have been paying to national exchequers. This weekend EU finance ministers will again be meeting in Vienna to discuss digital taxation.

The EU copyright legislation (the Directive on Copyright in the Digital Single Market) has to be seen in this broader context of what one commentator has called “putting manners” on the digital sector.

The two main clauses dividing MEPs are the proposed Articles 11 and 13. These centre on three key issues:

– the rights of press publishers, known as “neighbouring rights”;

– the filtering obligations of the platforms, and;

– a provision dealing with text and data mining.

If passed in their current form, the new copyright rules would force companies like Google and Facebook to monitor their platforms much more closely for copyright infringements. They will also hand more power to those who created that content – ranging from publishers to media companies and record labels – to negotiate licensing arrangement with the platforms licence holders for payments for their use.

How such licensing arrangement will work is not clear, with many small publishers worried that they will incentivise what the industry calls clickbait, content designed simply to attract clicks, and will mean cash for the big companies like the tabloids but little for “serious journalism” whose current business model is dying.

A joint statement by journalists and print industry employers worries that the dilution of Article 12 will undercut their ability to negotiate licensing agreements with the digital platforms for paid use of their material.

“A publishers’ right,” the statement says, “gives press publishers a much-needed legal standing to be able to negotiate fair and workable terms of distribution of press content in the digital world; ensures a fair and proportionate distribution of revenue between publishers and journalists; and is essential in aiding the industry to secure the future of an independent, diverse and free press.”

But although it may be counterintuitive, a study by the parliament’s own researchers suggests supporters of publishers’ rights are fighting the wrong battle. It concludes that there is “little evidence that declining newspaper revenues have anything do with the activities of news aggregators or search engines”, who the new law intends to target.

“In fact, it is widely recognised,” the report adds, “that there are two reasons for the decline in newspaper revenues: changes in advertising practice associated with the internet (but not especially related to digital use of news material on the internet); and the decline in subscriptions, which may be in part related to the decision of press publishers to make their products available on the internet.

“These are simply changes in the newspaper market that have little, if anything, to do with the supposed `unethical’ free riding of other internet operators.

“In fact, as is frequently pointed out, these internet operators, particularly search engines, but also news aggregators, often drive readers to the online editions hosted on press publishers’ websites.”

That perspective tends to be supported by the experience in Spain, where new publisher-rights obligations imposed on GoogleNews led to the company closing down its Spanish operation, insisting that, as it did not generate ad revenue from its posting of news stories, it had no means of generating revenue to make payments to news producers.

The result hasn’t been much of a problem for large newspaper and magazine publishers because readers simply go directly to their websites. But critics say that for smaller, less-known brands, it’s been more of a challenge. They rely on links from the likes of Google News to drive their page traffic online.

Germany passed a similar, albeit weaker, law a few years ago. Google rendered the legislation all but meaningless, however, by carrying only the news of those publishers who agreed to be featured on its site for free. Those who initially refused suffered steep declines in traffic and subsequently relented, giving Google permission to carry their material.

Article 13 critics have a different problem. They claim it would make it nearly impossible to upload even the tiniest part of a copyrighted work to Facebook, YouTube, or any other site.

Although the law protects “fair use” and the right to use copyright material for parody, its critics claim that it will jeopardise quotations from published works and the memes that are now so common online – the superimposition on to videos or films of satirical dialogue.

Under current law, platforms are not liable when their users infringe copyright so long as they don’t know about the infringement and they act quickly to remove it, once they are informed. This process is known as “notice-and-take down” even if there are differences across jurisdictions. This limitation of liability for platforms only lasts as long as they are unaware of the infringing material. If it didn’t have that permission, the site would need to block it.

The proposed directive would shift a much larger share of the responsibility and cost of copyright infringement to the platforms that would have to proactively police what is being uploaded on their servers.

Article 13 “would mandate internet platforms to embed an automated infrastructure for monitoring and censorship deep into their networks”, an industry protest letter opposing the changes insists.

The critics say automated filters used by YouTube or Facebook are simply incapable of distinguishing between legitimate and non-legitimate uses. YouTube, for example, has installed a filtering system that recognises copyrighted music when uploaded and can block it or ensure the originator has a chance to be paid for it. But that cost €60 million – well beyond the means of smaller platforms.

Four hundred hours of video are uploaded every single minute on the platform – a volume that can’t be managed by real people.

The result of the legislation, however, is likely to be excessive caution by the platforms on uploading for fear of inadvertently breaking the law and being sued for using material for which they have not sought permission. Inevitably the scope of free speech online will shrink.

The rearguard action by the platforms and their allies against the directive may well succeed next week and scupper the legislation. And if diluted in an effort to secure sufficient support in parliament, it may have difficulty passing muster when it returns for consideration by the member states in the council.

The proposals are undoubtedly flawed and easily vulnerable to technical, economic and political criticism. But, say the supporters of copyright reform, they are an important, and best yet, attempt to face up to an existential problem for many publishers that will not go away – the urgent need to find a means of prevailing on the digital giants to share the profits generated by news/music producers’ material online.