Profits at Ogilvy & Mather’s Irish offices rise by a third

WPP-owned ad and PR group had €1.9m profits while Omnicom profits were up by 37% 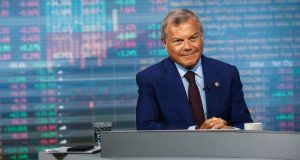 Advertising and public relations group Ogilvy & Mather saw its net profit climb 34 per cent to €1.9 million at its Irish operations in 2016.

The group, which includes Wilson Hartnell Public Relations and advertising agency Young & Rubicam among its subsidiaries, recorded revenues of €19.2 million in the year, up 5 per cent on 2015.

Its operating profit also swelled 34 per cent to €2.2 million, the accounts for Ogilvy & Mather Group Ltd show, while shareholders’ funds increased 14 per cent to €14.4 million.

The group employed 103 people in 2016, up from 97 the previous year. Since the end of the accounting period, the group has acquired an interest in the digital customer experience agency EightyTwenty. It also holds 50 per cent of Mindshare Media Ireland and a 29 per cent stake in advertising agency Chemistry.

The company is a subsidiary of the Ftse 100-listed advertising giant WPP, the largest advertising company in the world, which is led by its British chief executive Martin Sorrell.

WPP Ireland Limited also owns the market research group Millward Brown Ireland, which as of the end of 2016 had net liabilities of €777,242. Millward Brown made a loss of €314,498 in the year.

Omnicom Media Group (Ireland) Ltd, which comprises the media-buying agencies OMD Ireland and PHD Media, recorded a net profit of more than €1.2 million for the year, up 37 per cent. Its turnover fell during the year, but this was more than offset by the lower cost of sales.

Shareholders’ funds as of the end of 2016 amounted to €3.5 million, while the group employed 80 people during the year, up from 69.

The agency Irish International BBDO, which recently rebranded as BBDO Dublin and has clients including EBS, Avonmore and Barry’s Tea, saw its profit rise 8 per cent to €1.46 million in 2016 on turnover of €14.1 million.

The agency Cawley Nea, now known as TBWA\Dublin, made a profit of €667,591 in 2016, up 43 per cent, on turnover of €11.2 million. Its work includes the quit smoking campaign for the HSE and the “Rachel and Steve, Steve and Rachel” mortgage ads for Bank of Ireland.

Both creative agencies are in turn owned by the US-incorporated Omnicom Group.