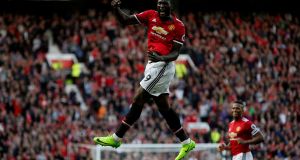 The team finished the 2016-17 season by winning the Europa League title and also won the League cup. It has started this season with a series of victories that has propelled it to joint top of the English Premier League table with Manchester City.

Manchester United has been boosted by a new £5.1 billion (€5.79bn) domestic broadcasting deal signed by the Premier League with Sky and BT that has raised income at all 20 clubs in England’s top division. The club earned £194.1 million (€220m) in broadcasting revenues, up more than 38.2 per cent from the previous season.

The television deal, allied with new commercial and sponsorship contracts, helped United to displace Spain’s Real Madrid as the world’s wealthiest club in terms of revenues, according to Deloitte, the consultancy.

The Europa League victory gave the British team entry into the Champions League, Europe’s elite club competition, which could provide a further boost from broadcasting, sponsorship and prize money. The club said it expected revenues to remain flat in its 2018 fiscal year, projected to be between £575 million (€653m) and £585 million (€664m).

Ed Woodward, Manchester United’s executive vice-chairman, said: “We concluded a successful 2016-17 season with a total of three trophies and a return to Champions League football . . . we are pleased with the investment in our squad and look forward to an exciting season.”

1 Stripe lures Dhivya Suryadevara from General Motors to be CFO
2 Revised help-to-buy scheme opens for applications
3 Revolut losses tripled before Covid-19, despite rise in users
4 ‘No demand... because there are no people’ at well-known Dublin pub
5 Divorce: What will it cost and can you afford it?
6 AIB concedes Covid-19 mortgage policy was ‘regrettable’
7 Nearly 30,000 could lose pandemic payment if they do not confirm eligibility
8 Transferring the family farm without a tax headache
9 CityJet exits examinership after High Court ruling
10 Management of Irish PR group Drury acquire agency from Omnicom
Real news has value SUBSCRIBE