Deal now requires the approval of INM shareholders, the Minister for Communications, and the High Court 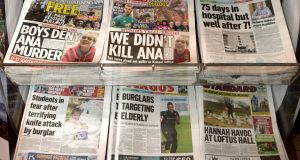 The State agency that signs off on mergers and takeovers has approved the acquisition of Independent News & Media by Belgian group Mediahuis.

The Competition and Consumer Protection Commission (CCPC) unconditionally cleared the €145.6 million cash offer by Mediahuis, which has been recommended by the board of INM.

The acquisition now remains subject to the approval of INM shareholders, the approval of the Minister for Communications and the sanction of the High Court, as it is being executed by way of a scheme of arrangement.

Mediahuis publishes 14 daily news titles in Belgium and the Netherlands and is involved in broadcasting a number of Dutch and French language TV and radio stations. The group already holds a 29.9 per cent stake in INM.

INM publishes of a plethora of newspapers in Ireland, including the daily Irish Independent and the Herald.

In its decision, the CCPC said it formed the view that the transaction would “not substantially lessen competition in any market for goods or services in the State”.

In its announcement to the stock exchange, INM noted that further announcements would be made as necessary.