INM cutbacks in the pipeline as board meets 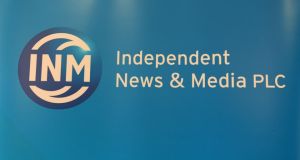 Independent News & Media is expected to announce cutbacks at its Irish publishing operations shortly. The company is due to hold a board meeting next week, at which its cost-cutting targets for 2014 will be discussed, it is understood.

INM chief executive Vincent Crowley signalled before Christmas that the media group was examining a fresh round of cost-savings and that this would include a mixture of redundancies and productivity gains.

“Inevitably there are some headcount reductions that will arise,” he said.

Subeditors employed by Real-time Editing & Design (RE&D), to which INM outsourced certain production functions in 2007, have been asked by their chief executive Terry Kavanagh to attend a meeting next Thursday for an update on changes to its Dublin operation.

INM last year merged some of the editorial operations of the Irish Independent, the Sunday Independent and the Evening Herald at its headquarters on Talbot Street in Dublin, with a view to yielding cost savings.