How much are customers willing to pay for Netflix?

Expected second quarter slowdown will be no more than a blip, streaming giant says 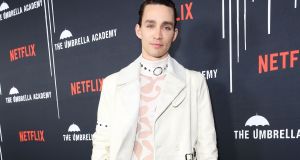 How much are customers willing to pay for Netflix?

The streaming service is grappling with that question once again after raising prices in some of its largest territories over the past month. Netflix predicted it would add just 5 million new customers in the current quarter, well short of Wall Street forecasts for 6.09 million - a slowdown the company blamed in part on its pricier offerings.

Though the increases should help improve Netflix’s bottom line, they come at a time when streaming competitors are proliferating.

“Netflix is balancing subscriber additions with a shift toward profitability,” Geetha Ranganathan, an analyst with Bloomberg Intelligence, said in a report.

In addition to a price bump in the US, there were hikes in Brazil, Mexico and parts of Europe, though not on its UK & Ireland service. Past increases in Canada also have led to customer cancellations.

The second quarter has generally always been Netflix’s slowest. But the forecast for 5 million additions would be its worst three-month stretch in more than two years.

Netflix executives dismissed the second quarter as a blip, saying the company is still on track for its biggest year ever. It signed up 9.6 million subscribers in the first quarter, a record level that beat analysts’ estimates of 8.94 million new customers globally.

It’s been “a phenomenal start,” Hastings said Tuesday on a call with analysts.

For years, investors have rewarded Netflix for spending ever-larger sums of money on new shows, confident in the company’s assertions that those investments are yielding new customers.

In the past quarter, Netflix released new scripted series Umbrella Academy and Love, Death and Robots, and the film Triple Frontier, as well as new seasons of unscripted shows Queer Eye and Patriot Act With Hasan Minhaj.

But competition is mounting. Last week, Disney unveiled plans for its kid-friendly online platform, which will cost several dollars less than Netflix. The $6.99-a-month Disney+ will offer content from the company’s Marvel, Pixar and Star Wars franchises.

Apple, AT&T and Comcast are also planning their own offerings.

Heading into Netflix’s earnings, investors were already concerned about the effect of Disney+, which will debut in November. Netflix fell almost 4 per cent last week when Disney gave its presentation on the service.

Netflix has said time and again that there is room in the market for everyone. Its streaming service has grown at the same time that competitors HBO and Showtime have added customers.

But with growth slowing in the U.S., there may be more pressure for Netflix to boost its subscriber base internationally. More than 80 percent of new Netflix customers already hail from overseas, and the company has invested billions of dollars to produce original series across Europe, Latin America and Asia.

While Netflix declines to gives country-by-country specifics, western Europe and Latin America have supplied most of its recent growth. Asia, where Netflix was absent until 2015, has just started to pick up.

Netflix said its investments in India are beginning to bear fruit as well. The company released its first original programmes last year, and plans to release at least a dozen original films this year.

India is one of the service’s great untapped markets. It is the largest potential market given that Netflix isn’t in China, and fellow online video giant YouTube has had great success.

But Netflix executives recognize their growth is limited by the high pricing. Netflix is testing mobile-only packages that will appeal to people that don’t have as much disposable income.

That would send prices down, rather than up, a move that may be essential to expanding its base in some parts of the world, chief product officer Greg Peters said.

“We should do something to find a price tier that is lower than the existing lowest-price tier,” he said.– Bloomberg