Gavin O’Reilly may sue over alleged data breach at INM

Former chief executive concerned his personal data was accessed in 2014 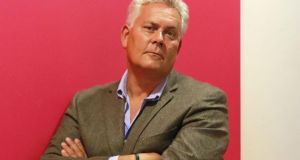 Former INM chief executive Gavin O’Reilly is among three people who may take legal action over an alleged data breach at the media group.

Mr O’Reilly is seeking High Court permission to use, in further legal proceedings, materials provided to them during a hearing to appoint inspectors to INM.

One of the entities against whom proceedings are contemplated is likely to be INM itself, the court heard.

Mr O’Reilly; his former secretary Mandy Scott; and Karl Brophy, former INM director of corporate affairs, are all concerned their personal data was accessed during an alleged data breach at INM in 2014.

A range of materials, including sworn statements from the Office of the Director of Corporate Enforcement (ODCE) and INM executives, was provided to the three and various other third parties last year on condition those could be used only for the hearing about whether to appoint inspectors. Anyone seeking additional use of the material had to ask the court.

On Monday the president of the High Court, Mr Justice Peter Kelly, was told the ODCE, which had sought the inspectors’ appointment, was prepared to consent to the three using the materials in their contemplated proceedings.

INM was refusing consent for reasons including data-protection concerns and lack of clarity about the nature of the contemplated proceedings and the identity of the respondents to those, he was told.

Counsel for the three said one of the entities against which proceedings are likely is INM itself, and his side should not be required at this stage to identify the nature of intended proceedings.

He also argued there could be no valid data protection objections as the materials were part of court proceedings heard in public.

Because of INM’s opposition, there would have to be a formal hearing of the application by the trio, the judge said.

He fixed May 7th for the hearing and also directed the inspectors appointed last September to investigate INM’s affairs be put on notice of that.

Their first report is due to be provided to the judge in April.

Arising from that investigation, the ODCE raised concerns about issues including allegations of data being exported from the jurisdiction and interrogated by third parties.

Then INM chairman Leslie Buckley, who stepped down in March 2018, has said that was done as a cost-cutting exercise called Operation Quantum.

He was satisfied many questions remained to be answered about “disquieting” issues raised by the ODCE, including the alleged removal from INM, and interrogation, of the data of 19 people, including journalists, former INM employees and executives and two senior counsel for the Moriarty tribunal.

The judge was also concerned about the circumstances concerning the proposed acquisition by INM of Newstalk from a company of INM’s largest shareholder, Denis O’Brien, and the proposed payment by INM of a €1 million “success fee” to another company of Mr O’Brien’s.

Although neither of those payments proceeded, they were “certainly suggestive of an unlawful purpose directed to the benefit of Mr O’Brien directly or indirectly and the detriment of the company”, he said.