Virgin, which recently rebranded from UPC, has 505,200 customers 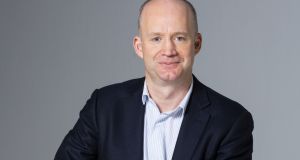 Tony Hanway, is a former chairman of the Irish Telecom and Internet Federation and was also chief executive of O2 Ireland

He replaces Magnus Ternsjo, who is moving to become the head of UPC Hungary.

Mr Hanway, a former chairman of the Irish Telecom and Internet Federation, has held a number of roles with Telefonica across Europe, the most recent of which was as chief commercial officer of O2 in Germany. Prior to this he was chief executive of O2’s Irish operations from 2005 to 2010 before taking over as managing director of the group’s consumer division in the Czech Republic.

Prior to joining O2, he held a number of roles at AOL including managing director of its Europe Operations.

Mr Hanway has also worked for Gateway, AIB Credit Card Services and at the Office of the Ombudsman in Dublin.

Virgin Media Ireland has 505,200 customers and employed an average of 817 people last year.

Accounts for UPC Communications Ireland Limited recently filed at the Companies Office show that the company made a loss of €25.4 million in 2014, having narrowed these losses from €32.8 million the previous year. It recorded turnover of €351.3 million, up slightly from €347.8 million in 2013.