Forbes family to give up control of its media empire

Another US media dynasty falls on hard times 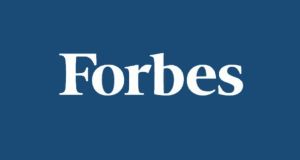 The Forbes family, an emblem of American wealth and pioneer of business journalism, is giving up control over the media empire it cultivated for almost a century in a sale to a Hong Kong-based group.

The agreement, announced today, will hand over Forbes magazine and its widely followed ranking of the world’s richest people to Integrated Whale Media Investments.

The group is led by Integrated Asset Management Asia, founded by investor Tak Cheung Yam, Forbes said in a statement. It didn’t disclose the price or size of the stake.

“The investor group will provide capital, as well as financial and operational expertise, and intends to leverage its international relationships to strategically enlarge Forbes Media’s reach on a global scale,” Forbes said.

Steve Forbes, the head of the family and a two-time US presidential candidate, put the magazine’s parent company Forbes Media up for sale in November following years of dwindling profits as digital media cut into print advertising revenue.

Forbes was originally seeking at least $400 million when it hired Deutsche Bank to run the sale after receiving interest from potential buyers, a person familiar with the matter said at the time.

Other foreign suitors had included China’s Fosun International; Singapore’s Spice Global Investments, whose businesses range from finance to health care and entertainment; and Germany’s Axel Springer, publisher of the Russian edition of Forbes magazine, people with knowledge of the matter said in February.

The sale marks the continued decline of American media dynasties, a once-thriving and elite group that had included the Chandlers, who owned the Los Angeles Times until a 2000 merger with Tribune; the Bancrofts, who sold the Wall Street Journal to Rupert Murdoch; and the Graham family, which landed a new owner for the Washington Post in Amazon. com founder Jeff Bezos. The few holdouts include the Ochs-Sulzberger family, who still control the New York Times; the Hearst family of Hearst Corporation; and the Newhouses, who own Conde Nast.

The Forbes family had tried to stabilise its fortune by selling a 45 per cent stake in the company to venture capital firm Elevation Partners in 2006 for about $240 million. They also raised money through asset sales including the Manhattan headquarters building, their collection of Faberge eggs and the licensing of their name to a real-estate venture and an online for-profit education company. The publisher also aggressively pursued online marketing deals, known as “native advertising,” allowing paying advertisers to publish their own content on the Forbes website.

Ires doubles down on building plan, Dr Pepper for Kildare, and staycations for all 06:30
‘There is still potential in the UK market and that is our focus’ 05:44
WeWork decline among factors causing reduction in leasing of flexible office space 05:43
Fáilte Ireland launches €6m campaign to boost holidays at home 05:39
Irish cultural exports helped pave the way for economic growth 05:20
Search executive
jobs on irishtimes.com