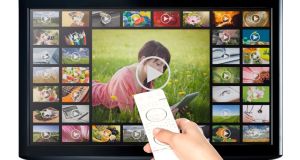 The end could be nigh for multimedia streaming boxes that allow people access premium content at no cost after the European Court of Justice (ECJ) ruled that certain boxes available in the Netherlands are in clear breach of copyright.

In its ruling the court agreed that the boxes breach copyright.

The ECJ said media players with pre-installed software giving users “direct access to the protected works published without the permission of the copyright owners” had to be “regarded as an act of communication to the public”.

It ruled that the audience for these devices had not been taken into account by the copyright holders when they first gave permission for their works to be distributed by third parties.

“It is common ground that the sale of the ‘filmerspeler’ multimedia player was made in full knowledge of the fact that the add-ons containing hyperlinks pre-installed on that player gave access to works published illegally on the internet,” the decision reads.

“In addition, it cannot be disputed that the multimedia player is supplied with a view to making a profit, the price for the multimedia player being paid in particular to obtain direct access to protected works available on streaming websites without the consent of the copyright holders.”

The case first appeared in the District Court of Central Netherlands with Brein making the case that sales of pre-configured players constituted a “communication to the public”, contrary to Dutch copyright law.

The Dutch court referred the case to the ECJ, asking if it was legal for retailers to sell pre-configured streaming boxes with links to pirated content. It also sought clarity on whether or not users could be liable for accessing streamed material.

With that clarity now given, Dutch courts will be in a position to issue a definitive ruling on the Filmspeler case setting a precedent for other European courts to follow.