Can Twitter be saved by ‘word of mouth’ advertising? 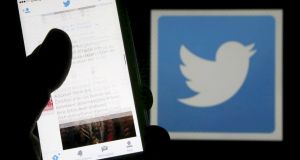 When Twitter introduced its video advertising product First View in the US earlier this year, it did so with this endorsement from a marketer at 20th Century Fox. “There is no better word-of-mouth social platform than Twitter.”

The day he supplied that quote, the 20th Century Fox marketer must surely have been crossing his fingers behind his back with one hand and coughing the F-word - Facebook - into the other. Twitter can try to compete with Facebook, of course, but so far it is losing the game.

Mark Zuckerberg’s baby has grown its monthly active users to 1.65 billion, while Twitter, ranked behind a bunch of other social platforms including Facebook-owned Instagram, languishes with a sluggish 310 million.

Contrasting sets of earnings data from the two social networks - Twitter’s poor, Facebook’s knocked out of the park - only underlined the gap between the two. From Twitter, there was the awkward admission to shareholders that year-on-year revenue growth from large brand advertisers had been “softer than expected”.

One advertiser that did shell out for Twitter advertising this week was 20th Century Fox’s sister company Sky, which became the first Twitter client to use the First View product in Ireland. This meant its promoted videos had the most prominent ad slots available on Twitter for a full 24 hours.

Sky’s premium drama channel Sky Atlantic was promoting Game of Thrones, a show that generates no shortage of word of mouth, in the original, organic meaning of the phrase. The season six premiere first went out at 2am in a piracy-challenging simulcast, which meant the spoiler tweets from late-night diehards, traffic-chasing entertainment media and people who live in North American time zones were arriving thick and fast by breakfast.

But at Sky, nothing about this conversation was being left to chance. Under the magnifying glass “search” icon, #GoTAtlantic appeared on top as the promoted trend, linking to a video trailer and sitting above the possibly related user hashtags #MyBestDayIn3Words and #WorldPenguinDay.

Sky’s marketing budgets are practically infinite, but paid social media ads are still a smart use of its loose change. “Word of mouth” is a serendipitous thing when it happens, but word-of- mouth marketing, where word of mouth is harnessed and exploited until it becomes the exact opposite, is the grown-up way for a Coca-Cola of entertainment to do business.

For television, ten-year-old Twitter has been a gift. Users have been only too kind in helping to create the sense of an “event” for big TV moments. They just can’t always be relied upon to do it. The often uncredited conversation starter is cold hard marketing cash.

In the Venn diagram of Sky Atlantic viewers and typical Twitter users in Ireland, the overlap is admittedly large. So when Twitter Ireland managing director Stephen McIntyre describes First View as “a great way to ensure the launches of their new shows or seasons are seen by the right people”, it seems fair enough.

But Twitter has two problems. The first is that too few brands have proven willing to embrace it firmly enough. The second is that even if they did, an influx of ads risks sabotaging its once special relationship with its user base.

Ads, by definition – even when they concern the exploits of Arya Stark, the Red Woman and Tyrion Lannister – are an interruption to users’ self-curated Twitter feeds. You don’t need two hands to count the number of times they are a much-loved addition.

Too much “promoted” junk and the users around long enough to remember the utopian ad- free Twitter gets fatigued, while new recruits rightfully shrug and wonder why everyone has been banging on about the brilliance of the platform when all it seems to resemble is more of the same.

Because it hasn’t got much of a choice about it, Twitter is getting more aggressive on video, trying to follow the “if it’s good enough for Facebook” principle. It is talking to marketers about “creating significant brand moments” and claiming product launches like First View means they can “scale their efforts even further”.

Twitter’s number one strength is not scale, however, but speed, and it knows it. The company has a new mantra, “Twitter is live,” it says, using italics that are impossible on the platform itself. “Live commentary, live connections, live conversations.”

Those corporate mouths keen to spread a fast and immediate word among “the right people” may stick with Twitter, provided the “the right people” don’t weary of the hype machine. But the whole business model seems as ephemeral as life expectancy in Westeros.