BAI launches consultation on ads, product placement and sponsorship on TV and radio 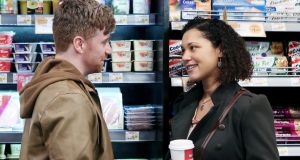 The Broadcasting Authority of Ireland has proposed a series of changes to its rules on advertising, sponsorship and product placement on Irish television and radio.

In a draft update to its general commercial communications code, now open to public consultation, the BAI suggests loosening the rules on sponsorship stings so that “calls to action” such as “visit our website” or “find more information at” are now allowed. More specific “calls to purchase” such as “buy now” remain prohibited.

The draft code also lifts a restriction on gambling companies mentioning betting odds in their advertisements, although it retains a ban on mention of “promotional offers of odds”.

Gambling ads should not contain anything deemed to be “direct encouragement to gamble”, it says. The word “direct” does not appear in the current code.

BAI chief executive Micahel O’Keeffe said it had received about 100 complaints about breaches or potential breaches of the code since the last update in 2010.

He said this was a “low” figure compared to the volume of complaints made under other BAI codes of practice, such as that regarding fairness, objectivity and impartiality in news and current affairs.

The code also covers the advertising of food, alcohol, medicines, health services and cosmetic treatments, as well as premium-rate telecommunications services and teleshopping.

One big industry change since the last edition of the code has been the advent of paid product placement on television, which has been permitted since 2011 in line with a relaxation of European law. Product placement and advertiser-funded programming (AFP) have grown to become an important source of revenue for Irish broadcasters.

“Transparency is critical,” Mr O’Keeffe said, adding that there had been instances where the rules governing product placement “have been misinterpreted by broadcasters in the past”.

Products that appear in programmes where no payment has been made to the broadcaster should be deemed “part of the editorial content”, the BAI is proposing, provided they are not of “significant value”. Under the current code, they would be categorised as sponsorship.

If the products are of significant value, which under the current guidance notes is €5,000 or more, it is regarded as a type of product placement, or “prop placement”, even if no money changes hands.

Unlike the code of practice governed by the Advertising Standards Authority for Ireland (ASAI), the BAI’s rules are based on statute, while many elements reflect EU regulations. A review of the code found it to be “broadly effective”, but indicated more clarity was needed in some areas, Mr O’Keeffe said.

BAI chairman Pauric Travers said measures to protect audiences had to be “proportionate and fair”. He noted that there was now “a bigger pool” of content providers since the code was first introduced, and that broadcasters had expressed concern about the competitive threat posed by digital media companies, which are not regulated by the BAI.

Broadcasters, other interested parties and members of the public can respond to the draft code, which has been published on bai.ie, until a deadline of September 20th.