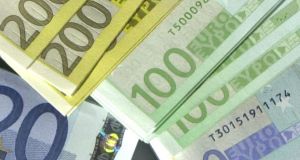 Strong demand for studio space has delivered another year of strong profits for Ardmore Studios.

The Bray-based studios which nearly collapsed under crippling debts in 2012, is now back in the black after two successive years of strong profits.

Results filed with Companies House show the studio had earnings of €1.35 million in 2015, in line with the previous year. As a result, the company’s cumulative profit and loss account has moved from a deficit of €484,903 at the start of last year to a profit of €865,578 at year end.

Chief executive Siún Ní Raghallaigh said 2015 had been “another great year for Ardmore”.

“We have benefited from growing demand for fully serviced sound studios in Ireland,” she said.

“Underpinning that demand is our competitiveness in the international marketplace where we offer a favourable film tax relief together with a growing studio infrastructure, excellent locations and highly skilled crews in what is a very labour-intensive industry.

“We are seeing evidence of a good pipeline of demand for high-end studio space which signals continued strong performance for the coming years,” Ms Ní Raghallaigh said.

The demand for additional studio spaces saw Ms Ní Raghallaigh – who is also chairwoman of TG4 – and fellow Ardmore director Ossie Kilkenny establish Troy Studios on the site of the old Dell plant in Limerick with John Kelleher. Those facilities – bought by Limerick City and County Council and leased back to Troy – are expected to come on stream later this year.

The Ardmore chief executive said the Wicklow company anticipates more international productions benefiting from the newer alterations to section 481 film tax relief “and we have invested accordingly in providing two new sound stages to cater for this anticipated demand”.

The company acquired more than 40,000sq ft of space close to its Bray base for the expansion.

Ardmore’s biggest project in recent years has been the Penny Dreadful series. The studio has also been involved in such television hits as The Tudors, and films including Moone Boy, Braveheart, My Left Foot and Excalibur in recent years.

Despite the stronger business environment and greater demand for its facilities , wage costs remains roughly stable last year at just under €700,000.

The accounts note that interest on outstanding loans to the company dating back to 1986 from Ardmore Studios International Limited and Enterprise Ireland amounted to €760,493 and €569,147 respectively last year.

More than €14 million in interest on those loans is now outstanding but has not been provided for in accounts cine 1990 because the company director consider the interest will not become payable, the filing states.

1 ‘I’m so lucky to be in the Caribbean – a million miles from Derry Girls’
2 Michael Smurfit: ‘I asked Trump to invite me to the White House for my 80th birthday’
3 Covid-19: Small businesses are cannon fodder in our zealous anti-virus experiment
4 Tax and the Pandemic Unemployment Payment: Your questions answered
5 Charlie Chawke plans 290 apartments and hotel on Goat pub site
6 FDI to drop, Michael Smurfit interview and a ‘welfare mentality’ towards SMEs
7 ‘I left my home, my boyfriend and my dog and upped sticks’
8 Four things that could help Ireland escape from the Covid-19 recession
9 Irish business of Carluccio’s restaurants to be wound up
10 If you injure yourself working from home, is your employer responsible?
Real news has value SUBSCRIBE