Shareholders angry over decision and say firm’s IP is valuable 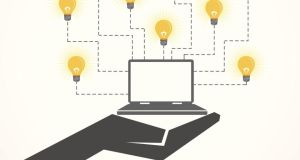 Altobridge shareholders believed that its key asset – the intellectual property linked to the technology it was developing – remained valuable despite decision to place it in receivership. Illustration: Thinkstock

Shareholders in technology developer Altobridge say that questions remain to be answered over the decision to place it in receivership last year.

Intel Capital and the World Bank appointed a receiver to Altobridge last year on foot of a secured debt in a move that resulted in the loss of 45 jobs at its base in Tralee, Co Kerry and a further 85 in its offices outside Ireland.

The exchequer footed the bill for the Irish workers’ statutory redundancy payments, which came to more than €270,000, through the Department of Social Protection.

The appointment angered a number of shareholders who had backed the company from its foundation in 2002. They believed that its key asset – the intellectual property linked to the technology it was developing – remained valuable and that the secured creditors’ decision may not have been warranted in the first place.

Its assets were subsequently sold to iDirect, a subsidiary of Asian giant ST Engineering for $4 million, which was returned to Intel Capital and the World Bank, the secured creditors.

He said the only way to establish what happened would be to appoint a liquidator, who would have the right to look at the security that formed the basis for the receivership. The backers want to see accounts for 2012 filed with the Companies’ Registration Office (CRO) which are now overdue. The last returns made were for 2011.

This means that the company runs the risk of being struck off the register for failure to file accounts, which Mr Kane says could put a further barrier in the way of appointing a liquidator. “It could just end up being left to fade away,” he said.

Altobridge was working on developing technology that would allow broadband penetration into rural and remote areas. It raised €1 million in 2005 and €3.5 million in 2006. A number of high-profile figures backed it, including the late Dr Tony Ryan, founder of aircraft leasing giant GPA. Former tánaiste and Labour leader Dick Spring was chairman of the business.

Intel Capital and the World Bank became involved in 2011, initially putting in $12 million but ultimately placing $20 million with the business. The investment resulted in their being granted security over the company’s assets in November 2013, giving them the right to appoint a receiver.

In 2011, the company had a turnover of €16 million. According to a case study by consultant Donal O’Connell, a review of Altobridge’s patents carried out that year indicated that they were potentially very valuable.

Mr O’Connell suggested that the company may not itself have been aware of just how potentially valuable they were.

When it invested, Intel cut the size of the Altobridge board from nine to five, a majority of whom were its nominees.

Tax hit from Covid-19, O’Flynn’s solutions to housing crisis, and new homes for D8 07:07
Player Wills site: Hines and APG to seek permission for 416 homes 05:48
‘I’ve so many outgoings with family life . . . it puts manners on you’ 05:20
Pilita Clark: A lot of us are losing it in lockdown – but we really shouldn’t 05:00
Developer O’Flynn calls for task force to deal with housing crisis 05:00
Search executive
jobs on irishtimes.com