MDLinking: a safe platform for doctors to discuss patients’ needs 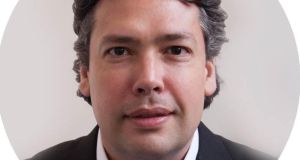 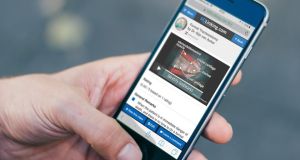 “It has been a year since I gave up practicing medicine and I have to say I miss it a lot – so much so that sometimes I actually dream about performing operations,” says Dutch vascular surgeon Hans Flu, whose new tech start-up is about to transform the way doctors communicate around the world.

Flu (40) is a surgeon at the top of his game, a Fellow in vascular and endovascular medicine who features regularly in scientific journals. When he’s not working he doesn’t watch television and he doesn’t read for entertainment, he says; his secret pleasure has always been technology.

“In my spare time, I built two websites to help vascular specialists share information and keep in touch. But the more I dug into it, the more I realised that online communication for doctors was an area where security and privacy were paramount – but hugely inadequate and largely ignored.”

Flu was right. Technology has transformed the way the world communicates, but the special needs of healthcare professionals, especially as they relate to the confidentiality of patient data, simply haven’t been addressed. Up to now.

There’s plenty of research to support the case for demand. A survey of some 2,000 doctors and 4,000 nurses by the British Medical Journal last year showed that virtually all of the doctors and around half of the nurses regarded their smartphones as “useful” or “very useful” in their clinical duties.

The same survey showed that an extraordinary 90 per cent of doctors and 67 per cent of nurses who owned medical apps of various sorts were using them as part of their clinical practice – without any regard for the potential pitfalls, not least the dangers of data mining.

That’s despite a warning from experts at Imperial College, London, that healthcare organisations need strategies in place “to support safe and secure use of digital technologies in the workplace”.

Such strategies, however, are not in place. In the Netherlands, for instance, their absence led to a row last year when it emerged that some medical websites – including a number run by hospitals and doctors – were passing information about visitors’ online behaviour to commercial enterprises.

Flu describes this as “a scandal”.

“Hospitals, medical organisations and doctors should never get mixed up with deals that could compromise patient data for profit,” he says. “The goal should be to provide evidence-based quality of care – not to damage patients’ confidence in the healthcare system.”

To Flu’s considerable relief, the Netherlands’ Data Protection Authority (DPA) finally issued an advisory last month warning doctors who use the instant messaging service WhatsApp to communicate with one another professionally to stop doing so immediately.

When it came to security, the DPA said flatly, WhatsApp – bought by Facebook for more than €20 billion in 2014 – “does not meet the standards for exchanging information about patients”.

Among his partners is a co-founder of accommodation website Booking. com, Alec Behrens – who becomes chairman of the board of the new enterprise.

MDLinking has been in development since 2014 at a cost so far of €2.5 million. Flu has put together an advisory board of 100 doctors across the globe to fine-tune the concept. The beta version was rolled out last year, and it’s been tested in Europe, Asia, Africa and the US.

The potential is enormous. It will allow 8½ million MDs around the world to link to one another in a networked community representing 53 medical specialities.

Not only will it allow secure online consultation, it will also give free access to a database of 3,400 medical journals for which doctors in some countries have to pay, as well as information on 3,700 congresses, 600 international medical societies, and 500 sets of medical guidelines.

“Each message involves a unique key combination”, says Flu. “That means messages will not be accessible to anyone, even to us as the operators of the system. We cannot access the data – and so we couldn’t mine it, even if we wanted to. It is totally secure.”

A year ago, Flu gave up his medical practice to drive the project, and, despite his IT knowledge, it’s been quite a culture shock.

“From a business point of view, Alec Behrens has been invaluable”, he says. “As a serial tech entrepreneur, he knows how to develop the IT side while keeping a rein on the finances. Without him, I’m certain I’d have made some big financial mistakes . . .”

Equally, while Behrens was perfectly at home in the “liberal working environment” that goes with IT start-ups and that now rules in their new Amsterdam headquarters, Flu has had a steep learning curve.

“Tech people are young. They’re up all night gaming. They don’t wake before 11 in the morning. Then they drink Red Bull. On the other hand, they’re very focused and driven to build something better than existed before . . . and they love to beat the hackers.”

Does he ultimately aim to commercialise MDLinking?

“At the moment we plan to continue operating on our original seed capital. We have private investors, mainly connected to the medical world, some of whom have family members or friends who are tremendously ill, and who have seen the problems doctors face in communicating.

“However, if we need income in the future, we may look at adding some form of medical recruitment element, for instance.

“We see this very much as a service doctors – and indeed patients – need urgently. On that basis, we are currently talking to the European Commission about how they might see our future.”