A single friendship can change everything. From Toy Story to The Good Dinosaur, Pixar celebrates 20 years of animated friendship. Video: Disney Pixar 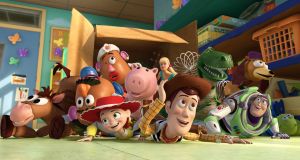 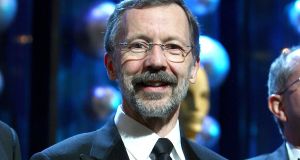 Thanks to much-loved Pixar films like Toy Story, Up, WALL-E, Finding Nemo, Ratatouille and Inside/Out, audiences all over the world happily embrace the creative artistry of computer animation.

Anyone who has shed a little tear at the conclusion of Toy Story 3 – which is pretty much everyone, from child to adult – knows a computer-generated character can be as endearing, emotionally complex and visually compelling as a painstakingly hand-drawn animation.

Or, for that matter, the accomplished human actor who lends that character a voice.

But that fruitful and entertaining intersection between technology and artistry didn’t always seem a productive pairing, as Pixar’s president, computer scientist Ed Catmull, knows all too well.

As a young boy, he delighted in the animation coming from Walt Disney’s studios, and longed to be an animator. But as a teen, technology also captured his heart and ultimately seemed a better career option, and he enrolled to study physics and computer science at the University of Utah.

Eventually, he realised he could combine both. By the time he returned there as a graduate student in 1970, the University of Utah was the leading institution in the nascent area of computer graphics.

“I was fortunate to be at the place that laid the foundations for the computer graphics industry, and as soon as I saw that first image, it was like this lightening strike: ‘ Oh! I can do the art and technology thing both together,’ ” he says in an interview on a Dublin visit.

People often find it amusing that he had an interest in both art and technology, he says, “because they think they are incongruous. But I never believed they were incongruous. I think the science and the art are actually strongly related, and not two different things. And now years later, I work with the best of scientists and the best of artists, and I still believe that.”

As president of Pixar Animation, and of Walt Disney Animation Studios after Disney bought Pixar in 2006, he sees stereotypes about art and science upended all the time.

His goal is to get the best out of artists and technologists by encouraging “wild and crazy” ideas and fruitful and complementary collaboration. His model environment, he says, is to duplicate the creative freedom as well as the collaborative research approach of his much-loved University of Utah days.

He worked to reproduce that environment in an initial role in the 1970s as director at a new computer graphics lab at the New York Institute of Technology, and then at Lucasfilm, which hired him after he designed a computer model of an X-Wing fighter for the first Star Wars film. Lucasfilm wanted to develop a new digital graphics division, which became the famed Industrial Light and Magic (ILM), with Catmull as vice-president.

Catmull says they were competing with many other studios to create the first computer-animated feature film. Other studios worked secretively.

The creative environment is famously open and encouraging; anyone can pitch ideas for films or experiment with artistic or technical challenges. The company’s job, he says, is to provide the space to let them at it.

“It’s having a structure in place to support them and let wild and crazy things happen, and when they do something which is unexpected, then we will use that, but at the same time if they do something that fails, that’s okay. That’s a big deal for us. You have to do something where you expect a certain amount of failure because if there isn’t failure, they’re not taking risks.”

Promoting failure effectively is actually quite difficult, he says. People often will talk about failure as a positive, but in practice back away from taking risks. He sums it up this way: “If you fail in the past, then it helps you learn, right? But failing in the future is scary, so you don’t want to do that.”

“So, we turned Disney around. They had completely failed, and now they’re this gigantic success. And it’s basically the same people. All we did was remove the barriers. And those people who were considered creative failures are now considered creative geniuses,” he laughs.

Catmull is adamant the company should keep breaking new ground with its films, not rely on past successes for a proven formula. “We can never repeat what we did. You have to do something new.”

Pixar is renowned for groundbreaking technical work in computer graphics and special effects. Does a technical challenge – more convincing textures for fabric or hair, or realistic body movements, say – emerge from the artistic ideas for a film, or do films emerge out of new technical capabilities?

The paradox is that new developments so quickly become the norm that studios can underestimate the importance of continued technical exploration and investment. He gives the example of what happened to Disney, the company, after Walt Disney died.

Few realised the degree to which Walt Disney had brought in state-of-the-art technology, he notes. The company failed to maintain that explorative investment and went into a decline as a direct result. When Disney’s son Roy eventually took over, he pushed for fresh investment “because he understood the role of technology in invigorating the artists”. Catmull wants everyone at Pixar and Disney to “understand how the two equally fit together.”

When he first fell in love with animated films as a child, what attracted him? The artistry of the animation? The way the tales were told?

“The storytelling, “ he says immediately.

“But the interesting phenomenon I found as a kid was, I watched Pinocchio and I watched Peter Pan. And then, years later, I went back to watch them, and there were things that I remembered, that weren’t actually there. I had filled them in as a child. And I always remembered that,” he says.

“If you do something right, if you’re creating a world, you’ve opened up something for other people. And that’s what we try to do.”