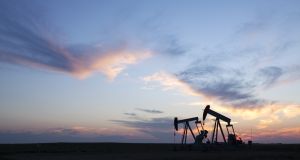 Petroneft has had to ‘take the difficult decision’ to end its relationship with its joint broker, Canaccord Genuity, so that it can direct funds into its operations. Photograph: iStock

Four exploration or mining companies listed in Dublin issued figures for the first half of the year on Monday, with all four posting losses.

All but one of Petroneft Resources, Ormonde Mining, Aminex and Great Western Mining saw their losses increase compared to the same period in 2018.

The company, which said it was “building a strong platform for growth” for shareholders, last year engaged a financial adviser to test the market for the possible disposal of “either or both” of its assets.

As it focuses on cost cutting, Petroneft has had to “take the difficult decision” to end its relationship with its joint broker, Canaccord Genuity, so that it can direct funds into its operations.

Tanzanian-focused oil and gas producer Aminex, meanwhile, saw its pre-tax loss narrow to $2.1 million from $2.36 million on revenues of just $142,000, down from $340,000 a year earlier. Aminex, which raised $2.37 million earlier this year, said delays in the Tanzanian government approvals process appear to be coming to an end.

Like Petroneft, Aminex has been on a cost-cutting drive this year, and announced on Monday that it had reduced costs for the first half by 20 per cent with more cuts expected throughout the remainder of this year.

For Great Western Mining, which controls a large tract of land in the US state of Nevada, which is said to be rich in gold, silver and copper, its loss of €425,723 was an increase compared to the previous year. The non-revenue generating explorer said it will, in due course, require “further funding” to finance its primary operations.

Ormonde Mining, with a focus on its joint venture project in Spain, posted a €1.1 million loss before tax, more than double the €411,000 loss a year earlier. The company’s Barruecopardo tungsten mine is in “ramp up phase” with access to the main body of ore expected in the early part of the fourth quarter.