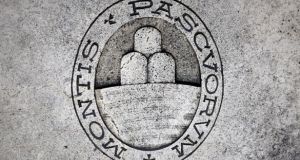 Monte dei Paschi: shares in the Italian bank had already plunged by 83 per cent in 2016, before Italians took to the polls on Sunday.

Italian bank shares plunged on Monday as prime minister Matteo Renzi’s decision to resign after losing a crucial referendum cast doubt on lenders’ plans to raise money to be able to deal with high levels of loan losses.

Italy’s third largest lender, Monte dei Paschi di Siena, which is seeking to raise €5 billion by the end of the year, was at the centre of the fallout. Its shares fell by 4.2 per cent, having oscillated wildly during trading.

Monte dei Paschi executives and banks that have been lining up to underwrite a share sale for the world’s oldest surviving bank have reportedly delayed a decision until later this week on whether to proceed with the cash call.

Bankers said last night that they were running out of private-sector solutions to save the troubled bank and have told the Italian lender to prepare for a state bailout this weekend.

People briefed on the situation said the political upheaval made it “more difficult” to secure a €1 billion investment from Qatar on which Monte dei Paschi’s €5 billion capital-raising plan hinges, the Financial Times reported.

If a private-sector solution proves impossible, the bank and its supervisors at the European Central Bank were likely to favour a “precautionary recapitalisation” – involving an injection of state funds and the conversion of subordinated debt into equity, according to sources.

“Whatever solution is found for Monte dei Paschi, I believe there is a significant risk of contagion to other Italian banks in particular,” said Megan Greene, chief economist at Manulife Asset Management.

To avoid the politically unpalatable option of imposing losses on the € 2 billion of retail bondholders, a plan is being drawn up to guarantee full repayment of the first €100,000 to every junior bondholder, according to senior bankers.

Senior bonds and deposits would be left unscathed.

As many as seven other Italian banks – which need to raise billions of euro as the sector grapples with €360 billion of bad debts – also face trouble raising capital.