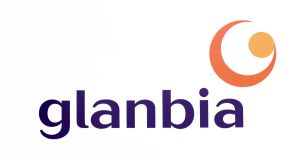 Food company Glanbia was down close to 3 per cent on today’s Iseq. Photograph: Dylan Vaughan

Britain’s top equity index slid on Thursday, pulled down by more evidence of the weak pound damaging consumer goods companies and by some stocks trading without rights to their latest dividend payouts.

In New York, losses in technology stocks dragged down the Nasdaq and the S&P 500 on Thursday, while gains in bank and energy shares propped up the Dow.

The Iseq was dragged down by close to 0.5 per cent with poor performances from its big hitters.

Despite being admitted to the FTSE 100 index on its London listing, Smurfit Kappa ended the day in Dublin down 1.75 per cent. Food companies Kerry Group and Glanbia, who both generate substantial revenues in the US market, were down close to 4 per cent and near 3 per cent respectively.

Bank of Ireland was up close to 7 per cent following a flurry of late afternoon trading.

Tullow Oil, whose main listing is in London, was up 6 per cent in Dublin on the back of an oil price surge.

Independent News and Media was down close to 1 per cent as it continues to suffer the fallout from a boardroom split.

Among the top fallers was telecoms firm TalkTalk, down 4.5 per cent, after a downgrade by JP Morgan to “underweight” from “neutral”. British regulators also said they would look into rising landline prices.

Daily Mail and General Trust rose 2.9 per cent after beating earnings expectations despite a decline in ad revenue. Investors were hopeful of a new strategy which the CEO said would reinvigorate the company’s growth.

Energy stocks also rose as crude oil prices soared 5 per cent to trade around $54.40 per barrel, extending the gains that followed Wednesday’s deal by OPEC and Russia to curb a global supply glut. The UK oil and gas index hit a one-month high and finished 2.5 per cent higher, helped by a 2.3 to 5.9 per cent rise in shares of BP and Royal Dutch Shell.

Spain’s Banco Popular was the top gainer among European banks with a rally of 13 per cent. The lender, seen as the weak link in Spain’s banking sector, is to replace chairman Angel Ron after shareholders rebelled over his lacklustre progress in cleaning up €30 billion in toxic assets.

Its shares were also underpinned by a report in Spanish newspaper Expansion that it was in talks over a possible takeover by BBVA or another larger rival. Both declined to comment.

Shares in Danish telecoms group TDC dropped 6.8 per cent, making it one of the top fallers on the STOXX after media reports that the American hedge fund Apollo had withdrawn a takeover bid.

Pharma and consumer stocks were the biggest drag on the STOXX, with shares in heavyweights such as Novartis, Roche, Nestle, and Unilever all down between 1.6 and 2.8 per cent.

Sweden’s Elekta fell 1.3 per cent after the medical equipment firm missed expectations with its results.

Facebook fell 3.2 per cent to $114.73 after Canaccord Genuity cut its price target on the stock, while Microsoft, Apple and Alphabet fell between 1.5 per cent and 2.2 per cent.

Six of the 11 major S&P sectors were trading lower, with bond proxies such as utilities and real estate among the big losers.

Shares of Dollar General was the biggest loser on the S&P, falling 6 per cent after the discount retailer reported a surprise drop in quarterly comparable sales and tempered its full-year profit forecast.

Bluebird Bio soared 16 per cent to $70.25 after the gene-therapy developer said patients undergoing its multiple myeloma cancer treatment showed strong benefits. Shares of Celgene, which is developing the therapy with Bluebird, was up marginally.

Skechers surged 13.7 per cent after Buckingham Research upgraded the shoemaker’s stock to “buy” from “neutral”.

VHI to increase prices by 3% from April despite falling claims