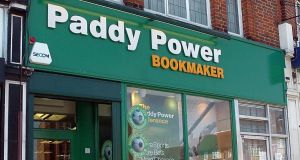 Euronext Dublin outperformed its European peers on Monday, ending the day up 2.5 per cent, with green “across the board”, according to one trader.

“It was broad-based and across different sectors, making up some of the ground from Friday when equities were not in vogue,” he said.

In finance, Bank of Ireland was up 4 per cent after it announced the closure of a third of its Irish branches, while AIB finished the day up 2.5 per cent.

UK property names were all up, which gave Irish companies a lift, with Cairn Homes and Glenveagh Properties up 1 per cent and 2.5 per cent respectively. Grafton Group lagged in the sector and was down on the day.

In food, Kerry Group recovered some of its losses from last week, picking up 2.5 per cent, while sandwich-maker Greencore ended the day up 2.1 per cent.

In travel, Aer Lingus owner International Airlines Group was up 7 per cent, Lufthansa was up 3 per cent, while Ryanair was up 2 per cent.

The blue-chip FTSE 100 index ended up 1.6 per cent, its best session in two weeks, with homebuilders Persimmon and Taylor Wimpey among the top gainers after a media report that British finance minister Rishi Sunak was expected to announce a mortgage guarantee program.

The domestically focused mid-cap FTSE 250 index rose 1.5 per cent, even as British manufacturers reported their slowest output growth since May last month due to supply-chain disruptions and rising costs linked to Brexit and Covid-19.

Ladbrokes owner Entain rose 2.3 per cent as it raised its offer for rival sports betting firm Enlabs AB. Reach, publisher of Britain’s Daily Mirror and Daily Express, fell 8.6 per cent, after reporting a 12.8 per cent drop in annual profit.

European stocks ended higher after bond markets stabilised from a sharp selloff last week, with travel and leisure stocks leading gains on optimism over Covid-19 vaccination programmes and a large US stimulus package.

The pan-regional Stoxx 600 index rose 1.8 per cent, its best day since early November, after losing more than 2 per cent last week. Travel and leisure stocks added more than 3 per cent.

Among other movers, Spanish travel booking group Amadeus topped the Stoxx 600 as expectations of a 2021 recovery in travel demand drove a slew of price target hikes by major brokerages.

French food group Danone rose 1.4 per cent after it said it was taking a first step toward selling its stake in its Chinese dairy partner Mengniu Dairy, and would use the gains to buy back its own shares.

Swiss-listed shares of computer goods maker Logitech International rose 1.6 per cent after it raised its sales growth forecast to about 63 per cent for fiscal 2021.

The S&P 500 was headed for its best day since June 5th as bond markets calmed after a month-long selloff, while encouraging updates on Covid-19 vaccines and fiscal stimulus bolstered bets over a swift economic recovery.

Johnson & Johnson rose 1.8 per cent as it began shipping its single-dose vaccine after it became the third authorised Covid-19 vaccine in the United States over the weekend.

Apple, Microsoft, Facebook and Amazon.com rebounded between 1 per cent and 3.9 per cent.

Shares of cruise liner and carriers including Carnival, Delta Air Lines and American Airlines gained between 1.9 per cent and 4.4 per cent.