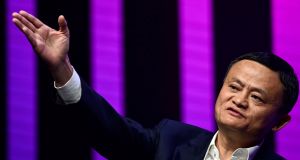 Ant Group is set to raise more than $34bn after setting the price of shares in its initial public offering, putting the Chinese payments group on track to top Saudi Aramco as the biggest-ever market listing.

The financial technology company, controlled by Alibaba’s billionaire founder Jack Ma, will sell shares in a dual listing across Shanghai and Hong Kong. It is expected to make its market debut on November 5th.

Ant said it would sell shares for the Shanghai portion, which will trade on the technology-focused Star market, at Rmb 68.80 ($10.26) each, according to documents published by the city’s stock exchange on Monday evening. Ant also said it had set the price for its Hong Kong shares at HK$80 (US$10.32).

Together the sale of the roughly 3.34 billion shares, which account for 11 per cent of Ant’s total outstanding stock, will fetch $34.4 billion – topping the $29.4 billion raised in 2019 by oil major Saudi Aramco. The Shanghai segment of the Ant sale alone will bring in Rmb 114.9 billion ($17.2 billion), more than double the Rmb53bn raised by chipmaker SMIC in July.

“It’s been a good year for IPOs [IN ASIA]but this one is hard to miss and I think everyone feels it’s going to do well in the after-market,” said Philippe Espinasse, a Hong Kong-based investment banking consultant, referring to Ant’s potential share price performance after it begins trading.

The pricings for both share offerings value Ant at about $313 billion, roughly on equal footing with Wall Street bank JPMorgan Chase. The Chinese company’s valuation could rise to almost $320 billion if underwriters on both portions exercise an option to sell additional shares that could bring total funds raised to $39.6 billion.

Ant said the allocation of its Shanghai shares to institutional investors was already complete, with the sale of shares to retail investors to commence on Thursday. The offshore share sale is expected to wrap up on November 4th, with trading to begin in Hong Kong the following morning.

Big institutional buyers in the Shanghai offering included Singapore’s GIC and the Canada Pension Plan Investment Board, each subscribing for Rmb 2 billion worth of equity, while Temasek and the Abu Dhabi Investment Authority each signed up for Rmb 1.5 billion. Institutional buyers in the onshore deal agreed to hold half of their shares for 12 months, and the other half for 24 months.

More than 6,000 funds, run by a few hundred investment groups, put in for share purchases in Shanghai. The offering was 284 times oversubscribed.

Ant’s shares will be split evenly between Hong Kong and Shanghai. The share prices of companies that trade on both exchanges frequently diverge, with those on the mainland often attracting higher valuations.

China’s CSI 300 of Shanghai and Shenzhen-listed stocks has rallied about 15 per cent in 2020, outperforming most big global benchmarks, on investor optimism over the country’s economic recovery from coronavirus. Hong Kong’s Hang Seng is down 12 per cent.

Chinese tech groups, including NetEase and JD.com, have raised billions of dollars via secondary share offerings in Hong Kong this year against a backdrop of rising tensions between Beijing and Washington.

The Trump administration has proposed legislation that could force Chinese companies to delist from US markets if they refuse to provide American regulators with access to their audit reports.