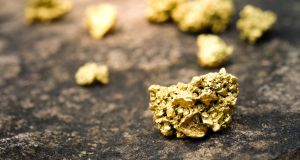 Arkle Resources is a zinc and gold explorer. Photograph: iStock

Patrick Cullen has left his role as chief executive of mining group Arkle Resources with immediate effect, the group said on Wednesday.

Mr Cullen was appointed chief executive of the gold and zinc miner in August 2017. The company did not give a reason for his departure.

“The board would like to thank him for his commitment to Arkle and wish him well for the future,” the company said in a statement.

Arkle, formerly Connemara Mining, said that the board’s technical advisor, Gavin Berkenheger, has taken over the day to day running of the company’s two gold projects in Wicklow and Donegal.

Meanwhile, Mr Teeling and the company’s finance director, Jim Finn, have taken control of the group’s two zinc projects, both of which are joint ventures. The zinc projects are in Co Limerick, where drilling is expected to commence in August, and in the midlands.